Delegates of United Democratic Party (UDP) on Saturday have unanimously re-elected Lawyer Ousainou Darboe as Secretary General and Party leader, while endorsing his bid for the office of president in the December 2021 elections. 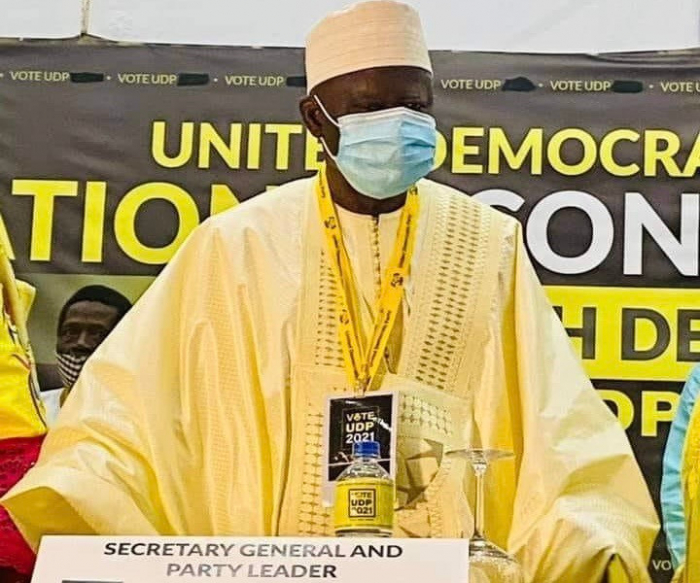 The 1,060 delegates; 20 from each of the 53 constituencies have solidly re-affirmed their trust and confidence in their long term leader Darboe for the next two years, after re-electing him at UDP National Congress held at Paradise Suites Hotel.

Rumours of factions within the party opposing the leader at congress were thrown in the bin after re-electing him unopposed.

In his acceptance speech, Darboe thanked the delegates for trusting him once more and his team.

“I am elated and humbled by your show of trust in me to continue as your party leader, thank you for the confidence,” the re-elected UDP SG said.

“Thank you for the support and thank you for the encouragement. Therefore, I gratefully, gracefully accept your unanimous nomination and election and promise that I will continue to put the United Democratic Party at the heart of everything I do.”

The father was critical of his ‘prodigal son’ President Barrow, and he assured the delegates of a better Gambia under his stewardship.

“As we forge ahead to the road to 2021, you must remember that 2021 elections will be a referendum on how a nation that has proposed great hope in a president who turned around and replaced their trust and confidence with greed, incompetence and avarice.

He continued: “This election is also about fundamental choices within contrasting visions of what our people want and deserve on the one hand, and unrelenting effort on a failed president to regenerate the very system practices and orientation that Gambians rejected in 2016.”

The Gambia, he said, is at ‘a cross-road’ while selling out his party’s agenda to the people.

“The chance before us as a nation at a cross road and our task is to offer a solid, clear and comprehensive roadmap that master the sign able departure from the current lethargy and failure you have been segregated for the last four years.”

Without an iota of doubt the UDP delegates are strongly throwing their support to their leader, but whether the party’s support is enough to send him to the State House will be determined in December 2021.

Here are the members of the National Executive Council: 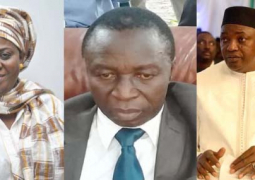