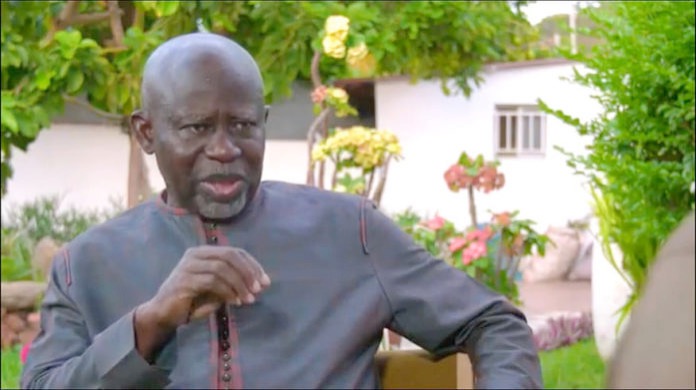 According to a statement released by the party on Wednesday, the conduct of the vote counting was full of irregularities that made the result of the election null and void.

On the 28th of December 2021 the Supreme Court, sitting with a panel of 5 Justices, delivered a ruling on two applications that had been filed on behalf of President Elect Adama Barrow.

The first application sought to dismiss the petition on the following grounds:

That the petition was filed late;

That the petition was improperly amended;

That the IEC was improperly joined to the case; and

That President Elect Adama Barrow was not properly served.

The Supreme Court dismissed the first application as lacking merit and agreed with the UDP’s arguments.

In fact the UDP had conducted its case above and beyond the requirements of Rule 11 in that:

The Petition was served within 48 hours of filing and the Respondent had already commenced participating in the matter;

UDP had applied for costs to be ordered. Indeed costs of GMD300,000 was ordered and paid immediately within the five day period. Therefore a notice of proposed cost was overtaken by events.

All these steps were upheld by the Court.

Surprisingly the Supreme Court decided to dismiss the entire Petition on a trivial point of technicality.

It is even more disappointing that the Supreme Court chose to strike out the petition when striking out was not a remedy provided for by statute.

Further, the United Democratic Party had on the 24th of December filed 30 witness statements and over two thousand pages of overwhelming evidence that established beyond any reasonable doubt that:

The conduct of the vote counting was full of irregularities that made the result of the election null and void.

Over the past three weeks the United Democratic Party has carried out diligent investigation and placed evidence before the Supreme Court to demonstrate how the elections were stolen from The Gambian people.

While we respect the decision of the Supreme Court as the apex judicial authority, we express our unreserved disappointment that the will of the Gambian people is once again suppressed.

We will explore all legal options and ensure that the evidence gathered is presented to The Gambian people.

Our legal team have over the past few weeks, worked tirelessly – (burning the midnight oil) to ensure that we prosecute our petition by presenting evidence in its support.

The United Democratic Party takes this opportunity to salute these great men and women of the Law for their principled stand that justice should not be sacrificed on the altar of technicalities.

The UDP therefore wishes to assure all its supporters and every Gambian, including the Respondent, that it has not LOST the Petition.  UDP was driven from the seat of judgment by being barred from presenting evidence in support of its case.

Despite the striking out of the Petition by the Supreme Court, the leadership of UDP calls on all its members to continue to be law abiding while pursuing their legitimate constitutional rights of recruiting more people into the membership of the party.

In a similar vein, “the leadership of the United Democratic Party extends sincere appreciation to all Gambians who believe in our mission, vision and Agenda for change and voted for us.  We are greatly indebted to all those who took their time and resources to join us in the campaign trail. Many from the diaspora flew in, and although some couldn’t vote, joined us in the trenches to sell our Agenda and sensitise communities on their civic rights to vote.
Similarly, we thank those behind the scenes who rendered unconditional support to the Party when it was most needed.
To our funders, our supporters; our champions; and to friends of the UDP, we say a big thank you for your trust and faith in the decisions we took on your behalf.  These are the people who see country first; who are committed to the UDP’s cause because The Gambia and Gambians matter to them most of all over their individual and personal gains.

Today, we stand proud to be part of Gambia’s history, shoulder to shoulder with those who challenged the status quo and fought for justice and peace but are sadly, not alive today to witness the democracy they gave their lives for.  We sincerely thank the Gambian people and all our supporters, members and sympathisers for their relentless support and for putting The Gambia first.

Our warm and heartfelt thanks go to all our hosts for the excellent accommodation and catering during both the Five Point Agenda Tour and the Presidential Campaign: from Barra to Passamas in Wuli and from Kartong to Songkunda in Kantora. In the same vein we thank all the security personnel who provided security services for the UDP campaign team.

We acknowledge with appreciation and gratitude our rank and file supporters for choosing to be on the right side of history by putting country above all else, and for continuing to remain calm, steadfast and law abiding.

Although the party’s petition challenging the 4th December Presidential Election has been struck out by the Supreme Court, we still have two important and crucial elections ahead of us.  These are the National Assembly and the Local Government Elections in 2022 & 2023 respectively.  We implore each and every one of you to focus your energies on these two elections to ensure we don’t only maintain the seats we have in these important institutions but to make sure we increase our membership.

The United Democratic Party has since 1996 defended injustice against any person in The Gambia in need of the equal protection of the law.  This is what our Party stands for and it forms the basis of our ethos - Justice, Peace and Progress.  This has been and will continue to be the pillar of our contribution to democracy as a party and responsible members of our society.

As the struggle continues, I pray for Allah’s continued blessings over The Gambia and her people.

My best wishes for the New Year, God Bless you all, and God Bless The Gambia.” 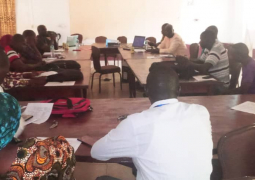