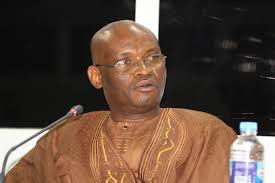 Speaking at the Denise Resort yesterday, Cham appealed for forgiveness from every Gambian and those he had tortured, knowingly or unknowingly.

On whether he tortured Ebou Khan during his detention, Cham said Khan arrested Pa Sanyang for allegedly committing fraud by using fake coupons. He added that he was the initial lead investigator and never tortured him.

Dwelling on the allegation on whether babies were brought to the NIA for sacrifice, the witness said he was never aware of that.

On whether NIA poisoned people, Cham said that: "Bamba Manneh, the man who gave Cpt. Bah the information that the soldiers wanted to carry out a coup was said to be poisoned and he died after two days."

He said one NIA officer named Ousaman was the one who arrested Haruna Jammeh and took him to the NIA.

The witness further testified that when elections were about to approach, they used to deploy the NIA officers to observe the process. He disclosed that in 2016, the government wanted to use the NIA to cheat on the elections.

"When Jammeh said the elections were not fair because some of his supporters were not allowed to vote. He wanted us to check on those names who didn't vote and they wanted to do something which was illegal."

On the allegation about whether he kicked and beat Sainabou Keita, former NAWEC cashier, the witness said it could be possible but he couldn’t remember.

Cham said he has regretted all the wrongdoings he had committed during the past.

The National Centre for Arts and Culture (NCAC) with funding from UNESCO Intangible Heritage Section has commenced a field research project on role of culture in disaster risk reduction and environmental conservation.