Giving his statement, the minister for Tourism and Culture, Hamat N.K. Bah, said despite the best efforts of government and stakeholders, the modern policy and other blueprints due to a range of constraints and gaps have not been able to adequately tackle all the emerging challenges in tourism including taking lead on the high issues in tourism.

The tourism minister continued that these issues range from product obsolescence, rethinking the concept of development in tourism and declining service standard at all levels of hospitality among others.

“Tourism is indeed a vital pillar of the economy in terms of wealth creation, employment generation, the creator of substantial entrepreneurial opportunities and is positioned in the forefront of the overall efforts to ensure sustainable development,” he said.

According to him, the policy blueprint was all embracing and cast the net wide in terms of product development.

The permanent secretary at the Tourism Ministry , Cordu Jabang Senghore, said the validation of the two major homegrown documents have been formulated following a robust stakeholders engagement as well as extensive literature review that have been broad-based and included a broad spectrum of stakeholders at both national and regional levels.

She added that the idea was to ensure that the final document embodies the true aspiration of the Gambian people in their pursuit to reposition, augment and amplify the impact of the coveted tourism industry.

“It is my fervent hope that these draft documents when validated, would make a lot of difference to tourism development in destination Gambia,” the Tourism PS noted.

Representing Finance and Economic Affairs ministry, the deputy permanent secretary, Juldeh Jallow, said tourism is a key economic driver in the Gambia’s economy which generates foreign exchange earnings, creation of jobs and wealth as well as stipulates other sectors of the economy.

She added that MoFEA has attached great importance to promoting tourism in The Gambia for its ability to attract more tourists as a destination.

“The most important economic feature of activities related to the tourism is that they contribute to three high- priority goals of the country; for generation of income, employment and foreign exchange earning which is aligned to the NDP 2018-2021 to raise the living standards of Gambians,” she added. 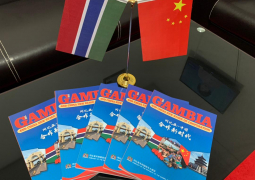 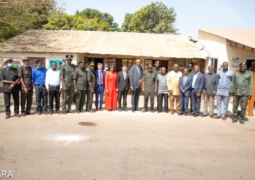 Dr. Kunio Mikuriya, the Secretary General of the World Customs Organisation (WCO), on Wednesday said Gambia is a centre-point for border connectivity through the customs operations and other border security agencies to ensure the country develops the international standard of trading.