The remains of ancient Port in Niani Maru

Niani Maru Port, one of the ancient ports in The Gambia has gradually become a deserted port while residents of the town have migrated to different nearby communities since ferries stopped ferrying people and goods to and from the port in the 80s.

On a visit to the remains of this famous ancient port in the Central River Region, Hassoum Ceesay, director general of National Centre for Arts and Culture (NCAC) described the Niani Maru Port as “one of the most important ports in the area.”

Among other ports, he said Niani Maru Port is most significant “because it was really a port which saw the presence of French and British traders in addition to the Gambian traders like the Aku merchants. And lots of trade goods used to come from Senegal to this port for onward distribution to other ports along the rivers like Karos Wharf, Kaur, up to Balingho, Bintang and to Bathurst.”

As research continues, Mr. Ceesay said their researchers are discovering lots of evidence of the busy trade life of Niani Maru, such discovery including broken glasses, bottles, pottery and “much of these could be dated as far back as 1700 for example about 300 hundred years ago.”

DG Ceesay also a historian, noted that Niani Maru is also mentioned in the accounts of the European explorers like Richard Jobson, who visited The Gambia in 1600 by that time he said Niani Maru was among the great Europe ports along the River Gambia.

Significantly, “Niani Maru town is close to a lot of Stone Circle sites; there is a stone circles site not far from the wharf and also at Sangule which is like two kilometers from Niani Maru. This gives Niani Maru an added value as far as human habitation is concerned because this area should be one of the oldest with human habitation in what is today, The Gambia,” historian Ceesay explained.

According to him, the Lady Chilel Boat used to ply the route up till 1980s but with declines in river transport, “because after independence in 1965 government started construction of roads, as there were no roads before the independence.”

Niani Maru, he added in his narration, was a thriving trading centre, wharf town and a port that European, British, French companies traded and competed for groundnuts, cottons and livestock. “So, until 1980s this place has some significance but now there is no human being living in the town of Niani Maru except season fishermen that come here to fish as people have migrated out of the town. Because when the boats stopped coming, the river ports declined and people left to Sangule, Bakadaji and other communities around Nianija,” he disclosed.

Solution proffered to bring back glory days of Niani Maru town “is conservation, to conserve what is left behind here; the stone circles and also recording the history to continue to valorize Niani Maru, but it should be remembered as the great river port of The Gambia in addition to Bintang, Karos Wharf, Kuntaur, Tendaba, Fatoto, and so on,” he suggested. 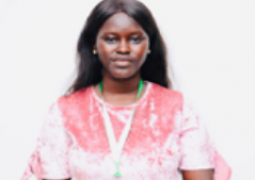 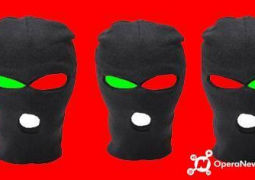 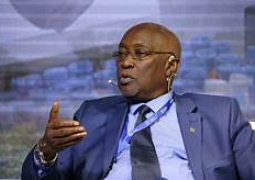