However, an uncalled for attitude has proven itself to be the order of day in the North Bank Region (NBR) during distribution as people tasked to render this sacred job were allegedly involved in dubious activities of selling some of these food items to shopkeepers. Scores of people distributing these items have been arrested and are currently being detained at Ndungo Kebbeh Police Station, a source familiar with the development told The Point. At least three people have been arrested in Ndungo Kebbeh over the matter.

The government intended to distribute 360,000 bags of 50kg of 100% broken rice, 50kg bags of sugar and 10 litre drums of refined cooking oil to needy Gambian citizens across the country, but this project is on the verge of collapse in the NBR as injustice has reared its ugly face in the distribution.

The Point has learned that those tasked to do this distribution in the NBR have decided to do things in their own ways by stealing some of these food items on the Barra-Farafenni Highway.

Our sources from both Jamagen and Ndungo Kebbeh villages have indicated that the suspects distributed 15 bags of rice in Ndungo Kebbeh and 25 in Jamagen village and sold the remaining items at a low cost of D800.

Our sources added that the residents of NBR felt so disgraced and worried and called on the authorities to act fast and make the suspects face a court law.

“They also applauded the government’s great gesture in helping the citizens in these trying times.”

The police spokesperson, ASP Lamin Njie said he was not aware of the arrest at the time of going to the press. “My government recognises that Gambians deserve an urgent national response to both the health and socio-economic crises resulting from losses in productivity and remittances to Gambian households,” Mr. Barrow said as he launched his government’s food aid project.

He added that they will ensure that support provided to all citizens, especially the vulnerable, is real in value. 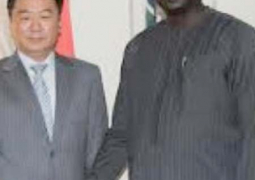 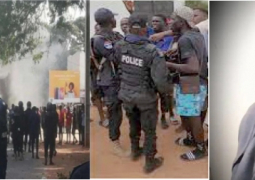 Angry youths in Bakau yesterday vandalized the Bakau Police Station as they protested and demanded “justice, accountability and speedy investigation” into the death of one Omar Sambou, a missing taxi driver who was earlier (yesterday) found dead at the Salagi Forest. 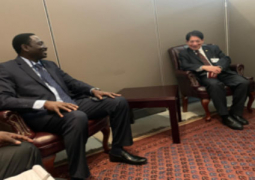