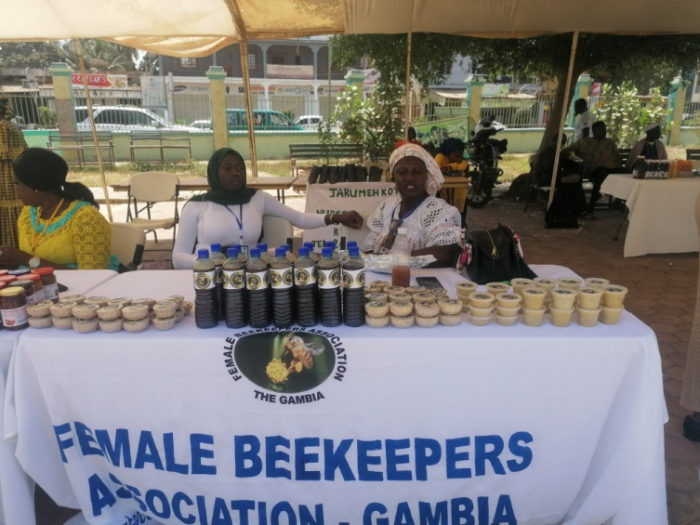 The trade fair, which was held at Westfield Monument, is designed to showcase forest products in order to create markets and thus increase income, improve the life and livelihoods of rural communities.

Different communities in five administrative regions namely: Upper River Region, Central River Region, North Bank Region, Lower River Region and West Coast Region have gathered at Westfield from 11th to 12th April 2021, with their forest products displayed for market.
Speaking to The Point at trade fair, Musu Drammeh from the Female Beekeepers Association explained that they have started producing forest products in abundance after returning home from China on training.

According to her, they took it upon themselves to form an association because they were from different regions and as such they deemed it necessary to come together and work as a team to support their fellow women.

She explained that they formed the team so they could look for sponsors and support from every department or institution in The Gambia that supports women and women empowerment initiatives.

She said they did a step down training to teach women across the country on what they have learned while in China. This, she added, is why the association was formed.

“We are processing, we are doing our training but right now, the Ministry of Forestry has given us a sponsor of D11 million that has been given to Hydara Beekeeping,” she revealed.

The sponsor, she elaborated, is from Kenya and they have plans on the pipeline to introduce the latest Kenyan Beekeeping System across the country, adding that there will be trainees from Kenya that will join them to assist them in the training.

She emphasised the importance of beekeeping, saying they want to see women engaged in this sector because they have seen its importance when they were in China.

She further highlighted some of their challenges as an association, underlining packaging of goods to meet international standards and marketing as one of them.

Fatou Sowe, from Amie & Fatou Beekeeping Enterprise, called on the youth to join them in the process as they are open to welcome anybody interested in what they do.

According to her, one of the challenges hindering their business is the market for their products, adding that business sometimes is centered at one place. She is, however, optimistic that their business will grow more when they have a market.

Economically, she said, the business benefits them a lot as it addresses their immediate needs.

Recall: Most of the Gambian land territory was covered by dense and almost impenetrable forests rich in flora and fauna of high economic timber and large variety of mammals which are nowadays rare or extinct.
Consequently, it became imperative for the Department of Forestry to introduce, institutionalise and encourage sustainable management practices that called for the active participation of rural population and other stakeholders through the introduction of Gambia Forest management Concept (GFMC). 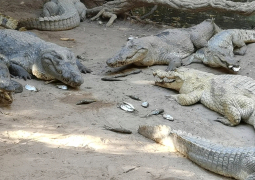 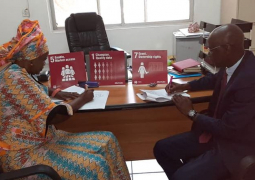 ITC SheTrades in The Gambia under the Ministry of Trade, Industry, Regional Integration and Employment signed an MOU with the Gambia Women’s Chamber of Commerce on Tuesday 9 June.