The April 10 and 11, 2000 Students’ Demonstration, according to the Truth Reconciliation and Reparations Commission (TRRC), was sparked by two incidents involving students, which The Gambia Students Union (GAMSU) felt was not adequately addressed by government.

“The first incident involved 15-year-old Ebrima Barry in Grade 10 at Forster’s Technical High School in Brikama, who died shortly after being physically assaulted by fire officers in Brikama.”

“The second incident was the rape of Binta Manneh, Grade 7 student of Brikama Ba Upper Basic School... by a security officer, when she came to represent her school at the inter Secondary Schools Sports Competition at the Independence Stadium, Bakau.”

“GAMSU engaged the government to seek redress.” The negotiations failed.

GAMSU then decided to hold a ‘limited peaceful demonstration on 10 April 2000, and on that day hundreds of students converged outside the premises of the Gambia Technical Training Institute (GTTI).

“Thereafter, the Police Intervention Unit (PIU) and later The Gambia National Army (GNA) were deployed to disperse the students.”

“Shots were fired by the security to dispel the protesting students and the students responded by throwing stones at the security personnel.”

“On April 11, 2000 when news of the events of the April 10, 2000 student demonstrations reached the rural areas, the students decided to come out in solidarity and support their peers who were killed, wounded, brutalised and detained.”

“In handling the situation the students were manhandled, physically assaulted and shot at with live rounds.”

“Two (2) died in the Brikamaba area, others were seriously wounded and hospitalised. Some were forcefully detained at Armitage High School and Janjanbureh prisons.

“In total, 12 students, two toddlers and a Red Cross volunteer were killed by State Security officers during the April 10 and 11, 2000 incident. One of the children was a three 3-year-old toddler who was shot in the head and the third was a child trampled upon in a stampede when the students were fleeing from the PIU.”

However, A local journalist, Ali Mbye, has confirmed in a report by him last year, 2021, on April 12 that the youngest victim was 2-year-old Musa Sembene. “Even though many media reports both nationally and internationally referred to him as Ousman Sembene. The latter is the father of the deceased.” 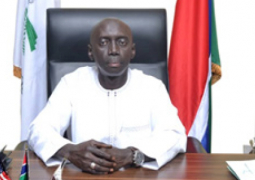 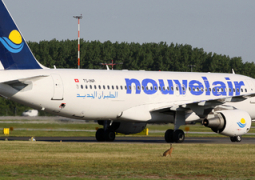 The Gambian Association in Libya, an umbrella body of all Gambians in the troubled north African country has called on the Gambia government to appoint a liaison officer as hundreds of her citizens continue to face terrible challenges. 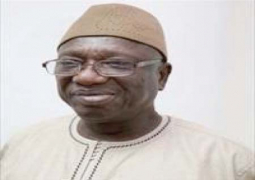