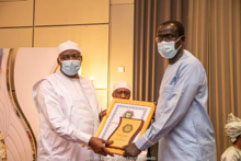 He made this statement in an interview with reporters at his office on Monday after Radville Farm was awarded the most compliant taxpayer of the year on Agro industry during the GRA’s 4th Award Ceremony held at the Kairaba Beach Hotel last Saturday.

According to Mr. Mboge, Radville Farm is one 100% tax abiding and also tax compliant, saying that whatever tax they should pay, Radville Farm endeavours to pay to the GRA without fail.

He praised the board, management and staff of the GRA for staging the tax award, saying it would encourage individuals and companies to pay their tax obligations. He added that that was a sign of encouragement and motivation for other companies to be voluntary tax compliant.

He pointed out that to receive an award; one has to be paying tax regularly as the law required.

“I believe what GRA is doing is the right thing to assess yourself and come forward to pay.”

Mr. Mboge seized the opportunity to commend GRA for the award, saying that that was not a surprise, taking into account that Radville Farm has been winning taxpayers’ awards over the years. He said this is all due to their being tax abiding and tax compliant to the GRA. He stated that Radville Farm had never defaulted in payment - on time and regularly. 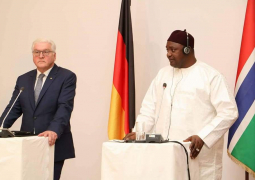 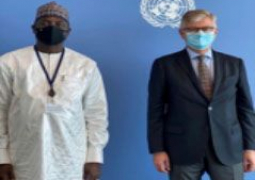 Deputies at the National Assembly on Monday referred the Local Government Amendment Bill 2020 to the Assembly Business Committee (ABC) before the third reading.