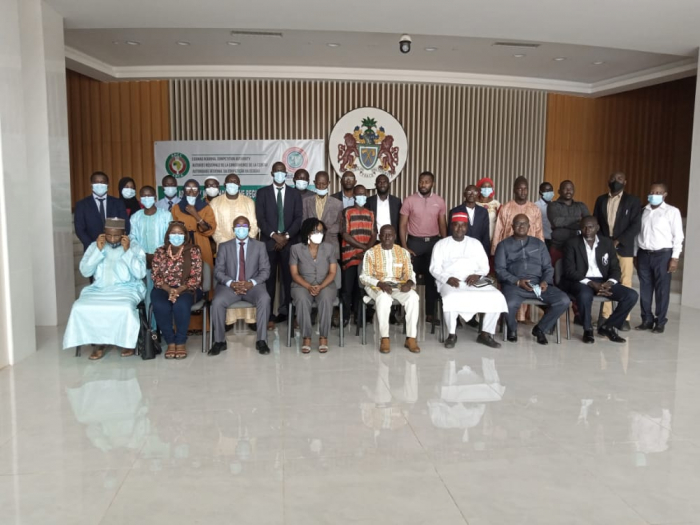 “The implementations of the ECOWAS Trade Liberalisation Scheme (ETLS) and the Common External Tariff (CET), among other regional initiatives have served to foster closer economic ties within the region. Indeed, in an increasingly volatile global economic order, our strength lies in our unity as a region. Therefore, on-going efforts to facilitate economic integration in the ECOWAS region and to promote regional growth will be meaningfully enhanced by the adoption of a sound regional framework for competition law,” he said

PS Sisawo was speaking recently during a day-long joint advocacy workshop on regional competition policy. The convergence, held at the Sir Dawda Kairaba Jawara International Conference Center, was organised by both the ECOWAS Regional Competition Authority (ERCA) and The Gambia Competition and Consumer Protection Commission (GCCPC).

“It is in this light the Gambia government fully embrace the ECOWAS Competition Act that seeks to ensure a level playing field for businesses to operate across borders in the region, encourage free and open market, promote economic efficiency, enhance consumer welfare, and prohibit the exclusion of smaller or new firms by dominant ones among others. The implementation of the ECOWAS competition rules will be key in the removal of market structures and practices that distort competition in a regional perspective.”

“The event is also necessary as competition advocacy and enforcement is among the country’s priorities in the National Development Plan. And I therefore want to commend the GCCPC for all it has accomplished in its short period of existence since 2010, as it has been one of the most active competition authorities in the ECOWAS Region. The Commission has conducted at least eight (8) market studies, seven (7) investigations and five (5) policy advisories to the Government.”

The partnership between ERCA and GCCPC, Sisawo further added, is encouraging as competition advocacy and enforcement within the sub region can play a key role in achieving African countries’ vision of a prosperous Africa, which should quite naturally be based on inclusive growth and sustainable development. “We are looking forward to more Effective competition law enforcement and advocacy to help in realising sustainable and inclusive development through elimination and deterrence of anticompetitive practices.”

“Clearly, private sector development is at the centre of economic transformation. At the same time, it is necessary that the national and regional development strategies, and competition ensure that the benefits of private sector participation are passed on to citizens. The ECOWAS region has much to gain by encouraging open and competitive markets, particularly as a means to spur sustainable economic growth, thus ERCA’s role as the watchdog for competition issues between member states is instrumental in achieving such.”

“Let me remind us that the entry into force of the AFCFTA has triggered a further need to regulate trade in the region given the very significant importance that ECRA is mandated, through the ECOWAS community competition rules as well as the supplementary Act establishing ERCA, to ensure that competition rules are observed in the region,” she stated.

Dr. Simeon Kofi, acting executive director of ERCA, described GCCPC as one of the most viable competition commissions in the ECOWAS region. The advocacy and awareness creation workshop, he added, is part of the process to engage all stakeholders in the ownership of the regional and national competition goals. 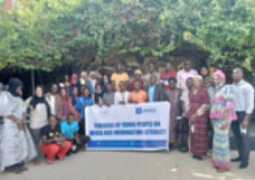 Global Youth Innovation Network (GYIN) Gambia in partnership and with funding from United Nations, Education, Scientific and Cultural Organisation UNESCO began a three-day training (December 20-23) on media and information literacy for youth leaders on Monday at the Seaview Hotel in Kololi. 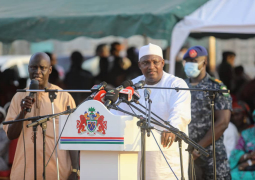