The training started from 22 and is expected to end on 26 November 2021 at NaNA Conference Hall, Bertil Harding Highway.

The theme, being the first of its kind in the annals of the Gambian media, brought together journalists from the print, electronic and online media.

Welcoming participants at the opening event, Pap Saine, co-publisher of The Point, thanked all those who attended the training, while reminding them that the media can play a very important role in peace building and conflict prevention during elections.

Mr. Saine also thanked Rosa Luxemburg Stiftung, Dakar Office, for sponsoring the training, noting that the training would build the capacity of journalists in election reporting.

“During the five days, participants would be able to learn and share experiences,” Mr. Saine said.

Muhammeh S. Bah, president of the Gambia Press Union (GPU), said as the country goes into the first post dictatorship presidential elections in December, and looking at many contesting candidates for the first time, it is important to build the capacity of journalists on elections reporting and provide them with relevant tools that would guide them in doing their work.

Mr. Bah advised journalists to always work according to the dictates of the code of ethics in order to gain public respect.

Bekai Njie, editor-in chief of The Point, said the role of journalists is to identify the wrongs in the society but not to solve them. He added that it is important for “us to make research whenever we want to write about.”

He said that nowadays copying and pasting people’s work without regard for copyright is disheartening and is not encouraging. “As journalists if we need something, we must go out and look for it and inform people what is right.”

“Our job is to inform people and in order to do that, we need to have the passion for the job,” he noted.

Jainaba Nyang-Njie, a veteran journalist and former broadcaster, in her words of advice, said “one cannot do journalism when you don’t have the passion; you are not doing it for money because journalism has no money.

She also advised journalists not to be used by politicians to propagate their ideas, adding that “before you write anything, do your research.” 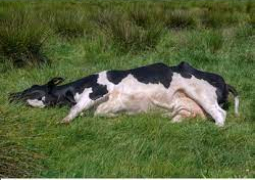 Suspected poison is believed to have killed10 cattle belonging to one Imam Alagie Jallow of Sinchu Baya in the Sami District, Central River Region north (CRR/n). 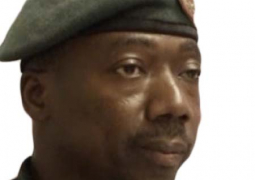 Barrow: Gambia is where highest standards of good governance are upheld

President Adama Barrow recently stated that as detailed in the National Development Plan (NDP), his vision of the ‘New Gambia’ is a country where the highest standards of good governance are upheld.