Patriots vows to take to the streets if…

Team Bring Back Our Constitution also known as the Patriots, a newly established activist movement has expressed total disappointment with lawmakers in rejecting the 2020 Constitution Promulgation Bill, vowing to organise mass protest to show support for the new draft. 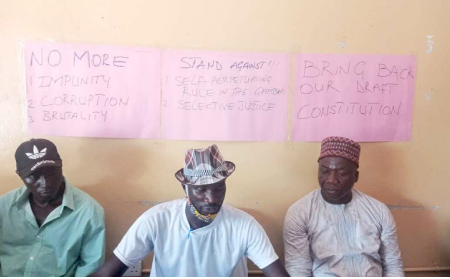 At a press conference held on the theme ‘Bring Back Our Constitution’ on Saturday, Tamba J.Y. Camara acknowledged that the draft constitution captures the collective willful thoughts of all Gambians.

“We are disappointed with the rejection of the 2020 draft constitution to reach the Gambians who put in their willful thoughts, desires and aspirations. We are here today as a start of protest to show to the government of The Gambia that Gambians will continue to protest in many forms until they cease disrespecting our voices and plights,” he said.

The government of The Gambia, he said, should understand that it was the power and will of the people that brought them to office and the capacities they are occupying.

“These powers and wills are still with us and we will exercise them to the fullest. We will not relent and sit idle by to see this government disregard Gambians in anyway.”

Camara explained that a lot of time and resources were put into the 2020 draft constitution, which could have been used in other sectors such as education, health, road infrastructures and even telecommunication.

“The recent blatant and barbaric conspiracy of the executive and the legislature is the throwing of the 2020 draft constitution into the dustbin. This government promised Gambians in strong terms that they will fulfill the need for the repealing or cancellation of the 1997 constitution. It is not secret that the 1997 constitution has numerous bad laws, which have no place in modern democracy and society. It only favors and legalize brutality, impunity, extra judicial disappearance, incommunicado detention, frauds and silencing of the masses.”

Dodou Kassa Jatta, an activist and a concerned citizen, equally expressed his total disappointment with the recent lawmakers’ rejection of the 2020 draft Constitution Promulgation Bill before reaching the final stage.

The move, he said, is against the will of Gambians and called on all to safeguard their rights as citizens.

The Bakau-born political activist equally reminded that it is high time Gambians stand up against self-perpetuating rule in the country as well as selective justice. 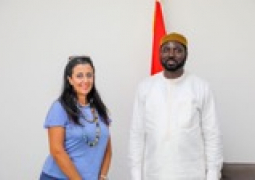 BANJUL, 16 November 2022: In April 2022, the Minister of Foreign Affairs, Dr. Mamadou Tangara received in audience the International Committee of Red Cross (ICRC) based in Dakar to inform him of the service ICRC wants to extend to The Gambia with the permission of the Government. 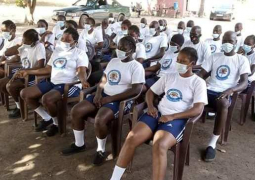 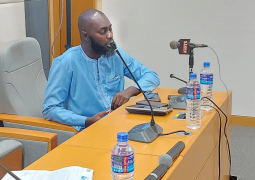 Mamour Alieu Jagne, the project director of the Resilience of Organisations for Transformative Smallholder Agriculture Programme (Roots) project, has stated that land development is a critical input into increasing production and productivity particularly for rice, saying that the project is committed towards increasing the production and productivity for both rice and vegetables.