The Kanifing Municipal Council (KMC) under the leadership of Talib Ahmed Bensouda on Thursday inaugurated the new market project of Latrikunda Sabiji worth D14 million. 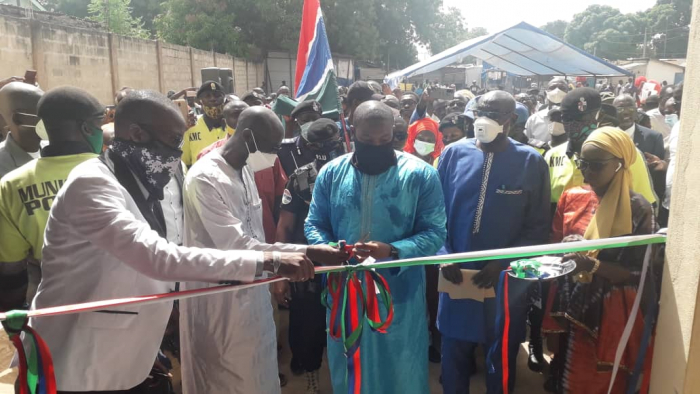 The new market project which was constructed by Gamworks has 70 shops (stalls) which prioritises the selling of food products from vendors.

The ceremony was also graced by KMC councilors, market committee chairman as well as vendors within the market.

Speaking at the launching ceremony, Talib Ahmed Bensouda said that the project is part of council’s D110 million partnership projects with Gamworks which encompasses many projects including building and roads construction , Bundung Maternity Ward, KMC town hall and the Latrikunda market.

“We are very grateful with our partnership with Gamworks and we look forward to many projects in the future.  KMC is ready to do lot of developmental work within its municipality,” he said.

According to him, during the building of the new market they later realised that the 70 new stalls would not be enough for their vendors, which is why, they are starting another new construction of 100 stalls at the market in partnership with Finish Profiles.

“Those Gambians without a place in the newly built stalls will be the first and priority will be given to them after the completion of the 100 stalls,” he promised.

For his part, Ebrima Cham, director general of Gamworks, affirmed that the Latrikunda market new building which has been built to modern standard has two building blocks with 70 stalls with two offices and two floors.

“The new building also has good spacing which can accommodate a number of vendors. The market will provide employment opportunities and easy access to food products to the local community,” he said.

He also disclosed the total cost of the market as D14 million, while congratulating the KMC mayor for making such investment within the Kanifing Municipal Council.

“The construction of the Latrikunda market building was financed by the Rural Infrastructure Development Project (RIDP) with counterpart funding from KMC. RIDP is a Gambia government project financed by OPEC Fund for International Development.”

He added that the aim is to implement the infrastructural project and identify requests made by councils, municipalities and communities throughout the country.

Councilor Lamin Jammeh, chairman of Market Council Committee, described the project as very important to the Latrikunda market, adding that anyone working within the KMC and government will not be given a stall.

“Those who have more than one stall will now be given a single. The sharing of stalls is going with strict regulations governed by the council.”

According to him, the next project which is about 100 stalls will be given to those who did not benefit from this project. 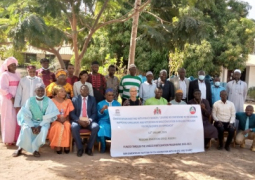 Boosting the efforts of the Ministry of Basic and Secondary Education in enrolment and eliminating school dropouts in The Gambia, the National Commission for UNESCO in collaboration with EFANet and MoBSE Thursday held a daylong forum with policy makers and education partners.