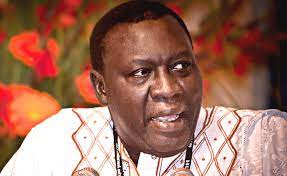 The awards is being organised by The Business Executive Magazine, a leading periodical magazine covering economy, business, finance, investment and socio-economic development in West Africa. The event will be held in July in Dubai. Mr. Saine is nominated along with four others from Kenya, Ghana, Nigeria and South Africa.

Mr. Saine was Word Press Freedom Heroes awardee in 2010 in Vienna by International Press Institute; a 2006 Press Freedom awardee in Germany by Johann Philip PREIS foundation, and 2014 awardee from The Post of Zambia.

In 2014, the International Press Institute in South Africa dedicated a book to the career of Mr. Saine among the World Press Freedom Heroes, together with nine other African heroes. He was also 2019 Man of the Year awardee by the Black American Journalists Association, regrouping the 50 American states.

The Business Executives Magazine is circulated across the sub region through “a unique collaboration” with the Federation of West African Chambers of Commerce and Industry (FEWACCI), and read by top tier government and multilateral institution executives, corporate executives, the entrepreneurial, professional and commercial classes, academia, the diplomatic community, civil society leaders and international public policy commentators. Mr. Saine can be voted in through WhatApp or Email by using the link below: https://forms.gle/3CAjZhiWQeF77o9r9 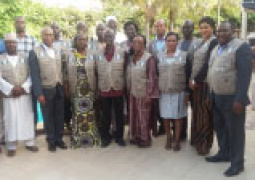 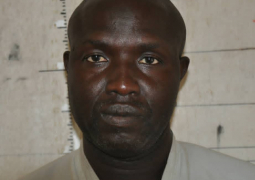