Scores of Gambian youth in Libya have called on the Gambia Government to urgently evacuate them from the trouble North African nation. 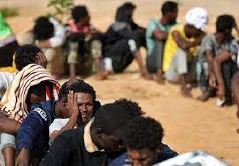 Speaking to The Point via phone, a migrant name withheld said over hundreds of Gambian youths are in Tripoli, Libyan Capital wanting to return to the country.

“We definitely want to go back home because this country is not peaceful and we have tried to cross to Europe but we could not. Now, we want The Gambia government to evacuate us,” the Libya-based Gambian said.

He said immigrants including Gambians are often maltreated in the North African nation and justified that they are frequently beaten and some are shot baselessly.

“Just recently someone was shot at his leg. Definitely, the situation here is horrible,” he said.

However, he appealed to the Gambian government through the Ministry of Foreign Affairs, International Cooperation and Gambians Abroad to evacuate them urgently so as to save their lives from the troubled nation.

Another immigrant also called on the government to evacuate them from Libya. He said helping them to return home is the only mechanism to save their lives.

“As Gambians we are calling on our government and partners to help us urgently without that we are not safe,” he said.

Contacting Gambian Association in Libya (GAL) for comment, Edrissa Sarjo, secretary general for the association said: “We have about 135 Gambians youth who are ready to go back home by the International Organisation for Migration (IOM) chattered flight.

“We are working on the transaction with IOM to return them but we are not done. Because some Gambians youth have been jailed in Libyan prisons for almost one year and we want them to join the flight in the next few days. So, we are working on that.”

However, he said the GAL has not received any information about a Gambian shot in Tripoli over the past days.

Since Libya had a civil war in 2011 many countries withdrew their embassies from the North African nation.

However, Sarjo called on the Gambia government to dispatch a diplomatic mission in the North African nation such as a consul or ambassador, saying many African countries have embassies in Libya but the Gambia has none.

President Adama Barrow has stated that the education sector shall remain his government’s priority, as human capital development and advancement rest on an educated population. 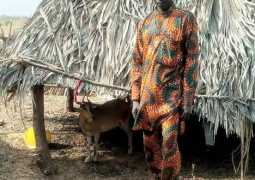 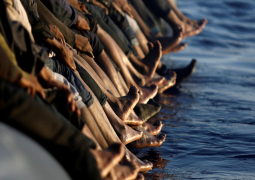 W/A migrants’ death to be probed by joint forensic investigators

The government of The Gambia has revealed that it will initiate a Joint Forensic Investigation Team to investigate circumstances surrounding the deaths of the West African migrants.