Abdoulaye Baldé admits defeat.  The outgoing mayor of Ziguinchor addressed the press to congratulate his challenger, opponent Ousmane Sonko (Yewwi Askanwi) who won the election in the southern capital.  Abdoulaye Baldé admitted his defeat as well as his “mission which ends” at the head of the town hall. 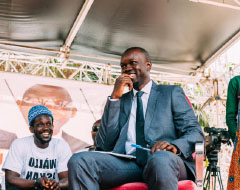 Thanks that he also addressed to the Ziguinchorois.

In the absence of a postponed press conference, the Benno Bokk Yakaar (BBY) coalition issued a press release.  This, to confirm his defeat in Dakar and Ziguinchor.  “Overall, national trends give our coalition a clear winner in several regional and departmental capitals, especially since apart from the Benno Bokk Yaakaar lists, many of our officials went to these elections under other banners.  The exhaustive analysis of the results will make it possible to take stock of them.  However, our desire to conquer Dakar and Ziguinchor, in particular, was not conclusive”, recognised the members in the document signed late evening by the Communication Unit, this Sunday, January 23.

So, they will say, goes the democratic game.  “Benno Bokk Yaakaar thus calls on all activists and leaders to strengthen unity and mobilisation for even greater victories in the future,” they said.

In addition, the coalition of the presidential movement assured that the territorial elections of this Sunday, January 23, 2022 have confirmed the vitality of Senegalese democracy. “The ballot was held overall in calm and serenity.  The people voted responsibly.  Overall, all the actors echoed the call of the Head of State, Macky Sall, for a peaceful vote.  The Benno Bokk Yaakaar Coalition congratulates all of its candidates, as well as those of all the other coalitions, winners and losers alike.  In the final analysis, it is the triumph of Senegalese democracy, the triumph of the Senegalese people.  The ballot demonstrates, in fact, the reliability of our electoral system,” she explained.

In conclusion, Benno Bokk Yaakaar “congratulates the administration and the other actors in charge of the organisation, supervision and control of the elections which have created the conditions for a democratic, free and transparent ballot”. 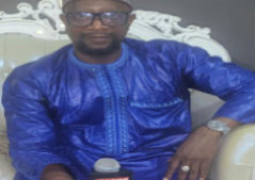 Nyass urges gov’t to address people’s aspirations on culture, others

Ebrahim Nyass alias Aji Macca, a Senegambian cultural ambassador has urged The Gambia government to address the aspiration of the people, saying it’s the responsibility of any government around the world to stand by the needs of its citizens.