Nyu Wahtan on Tuesday 22 February 2022 held a consultative forum with stakeholders on climate change at Kairaba Beach Hotel in Senegambia.

The forum brought together members and advocates on climate change to discuss the way forward in mitigating threats posed by climate change.

Environment Minister Lamin Dibba, said the objective of the meeting was to share with the public actions that needed to be taken after the COP26 meeting. He added that the British High Commission and UNDP have been supporting the country in combating climate change.

“We know that climate is changing and it’s changing against our favour,” Lamin Dibba said. “We need critical actions to combat climate change as mitigation, adoption and finance stood out at COP26.

By 2030, he added, “we should have adequate funding from developed countries to be able to achieve our goals of combating climate change.”

He further stated that least developed countries are the most vulnerable countries in climate change. This he said is due to the lack of finance to combat Climate change which he said is a main challenge in Gambia.

David Belgrove Obe, British High Commissioner to The Gambia, said “we cannot afford to wait to act against the threat of climate change. We must work together to protect our planet and people to ensure a greener and more resilient future.”

“The Gambia has been singled out as the only nation with adequate plans to avert a climate catastrophe. While the country’s own carbon footprint is small, it highlighted how it had suffered from the impacts of global climate change.”

According to him, the COP26 organised by UK and its partner Italy in November 2021 focused on mitigation, adaptation, finance and collaboration. He said progress was made in all of those four goals.

In Glasgow, he added, countries agreed to come back the following year with new strengthened commitments, a new UN climate programme on mitigation ambition as well as finalise the Paris Rulebook.

He said to deliver on those stretching targets, the presidency has driven commitments to move away from coal power, halt and reverse deforestation, reduce methane emission and speed up the switch to electric vehicles.

He said in efforts to deal with climate impacts, 80 countries are now covered by either Adaptation Communications or National Adaptation Plans to increase preparedness to climate risks, with 45 submitted over the last year.

Under finance, he continued, billions and trillions have been mobilised. “Developed countries have made progress towards delivering $100 billion climate finance goal and will reach it by 2023 at the latest.” 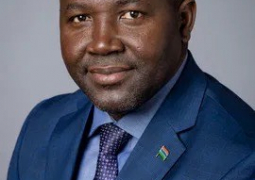 President Adama Barrow has called on food manufacturers, producers and importers to comply with new food fortification regulations launched to standardise foods in the country. 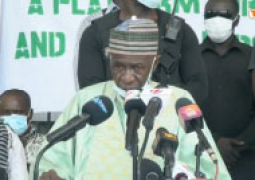 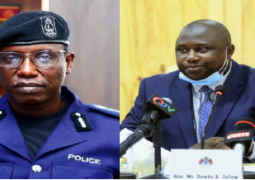