In their quest to raise public awareness about the Association and its programmes and activities, the Nusrat-Ex Students Association (NESA) over the weekend held a press conference at the school’s ground. 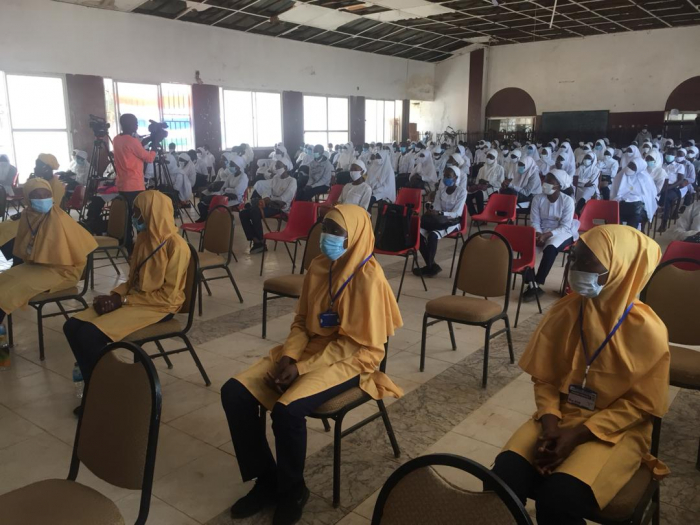 The event which was graced by the current and immediate past principals, Mr. Lamin Ceesay and Mr. Karamo S Bojang is said to serve as a platform to sensitise the public (especially ex-students of the school) about the institution’s Golden Jubilee Celebration to be commemorated in October this year.

Speaking at the forum, the principal of the school Mr. Lamin Ceesay, disclosed that Nusrat is a famous name in this country, and in the sub-region at large for the simple reason that, at Nusrat, both past and current boys and girls distinguished themselves to the very high level of discipline, academic excellence and good nation builders and made the school become a household name in the country and beyond.

According to him, Nusrat started in 1971, and this year the school will be 50 years, which is half a century and which he described very amazing and very important as in a life of an institution. He added that the past and present students feel 50 years is something great to be reckoned with considering the status of Nusrat in this country.

“The contribution of the press to the success of our forthcoming Golden Jubilee Celebration which will last for a week is highly solicited.”

For his part, Mr. Karamo S. Bojang, the former principal of the school, who served as principal for over 30 years, said every school has two systems: “the academic and infrastructural systems.

He disclosed that the academic system at Nusrat is fine but the infrastructure is very bad compared to other schools.

According to him, he feels ashamed of his school for the infrastructural development when he sees others. However, at the end of the day when the results come out, he said, he was very proud of himself.

He added that the central government does not put money in the maintenance and upkeep of the schools, so to find a way out of that bondage, they decided to maintain and renovate the school before October and in that regard, they are asking for assistance from every concern Gambian especially from the past students of the school wherever they are.

“The current principal threatened to close the school if the renovations are not done and I personally supported him on that idea because as it stands right now, the school is in serious need of renovation.”  He continued that right now, there are 34 classrooms to be built and that is part of the programmes of the celebration coming in October.

He further explained that Nusrat is 50 years this year, and they really want to celebrate it in a grand style after 50 years of academic excellence. “Students from the school today manage almost all big positions at the medical school, the police force, the army, the teaching profession, banking and even at the University of The Gambia,” he concluded.

The Nusrat Students Association (NESA), was constituted on October 2020, with the cardinal objective of contributing to the growth and development of Nusrat Senior Secondary School.

The association which is a non-profit making also plans to establish a scholarship fund to support the education of high-achieving students from underprivileged backgrounds. 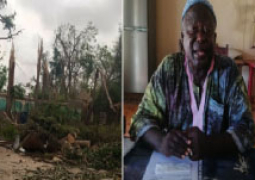