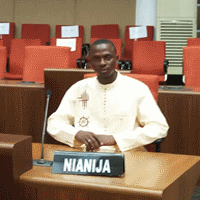 “The coronavirus infection is a global pandemic and it is not about The Gambia. The parliament was given the opportunity to support the executive during this trying moment to fight against covid-19,” he pointed out.

Hon. Camara was speaking in an interview shortly after the adjournment of the Assembly session on Monday by the Speaker as the executive failed to appear before the lawmakers.

Hon. Camara who supported the motion on Saturday said that it is very unfortunate on the side of the lawmakers not to extend the public emergency to help Gambians against the deadly virus.

Saikou Marong, NAM for Latrikunda Sabiji, also said that it is unfortunate the motion for extension has been defeated after a vote of 22-25 out of 47 votes.

“Some of my colleagues don’t understand in the parliament you just don’t vote for the sake of voting. Yes, they can vote, that’s their consent but they should make sure that they know very well what they are voting for. It is very important,” he added.

He argued that the non-extension of the State of Public Emergency now makes the Gambian borders to be porous, adding that this is not good for the country.

“I supported the motion because according to the WHO report, 181,000 people could be infected with the virus of covid-19 in the Gambia. The report further states that 20% of those could be critically ill and 5% could die.”

Hon. Amul Nyassi, NAM for Foni Kansala, who opposed the motion during the debate, said government has failed in enforcing some of the regulations.

“If you analyse the lapses from government on the regulation, you will realise that only the place of worship and schools that observed 100% lockdown compared to other institutions and businesses which were going with life as usual.”

According to him, his position during the debate was to revisit the places of worship which have been closed.

He recommended that every mosque or church could have had hand washing facilities. He added that there should be consultation with Gambia Standard Bureau to provide standardised face marks so that all leaders at the mosques and churches would advocate for anyone who wants to go in and worship to wear before entering.

Meanwhile, the Assembly is expected to resume today over discussion on the State of Public Emergency. 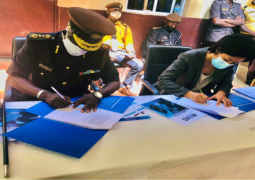 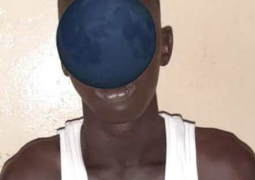 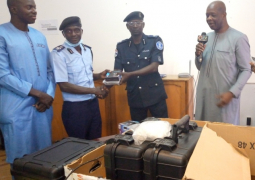 In a worthwhile move in combating road traffic accidents on our roads as lives are lost due to the increasing number of fatal road accidents, the Ministry of Transport, Works and Infrastructure, concerned about the state of affairs, on Wednesday 12 January 2022 presented road traffic equipment to The Gambia Police Force at a ceremony held at the ministry’s conference room in Kanifing. 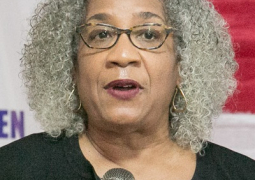