Below reads the full text of the press release:

The Truth, Reconciliation and Reparations Commission (TRRC) will today, 25 November 2021, present its final report to His Excellency Adama Barrow, the President of the Republic of The Gambia, after 871 days of public hearings which involved extensive investigations and testimonies from 392 witnesses covering different themes.

The TRRC, established by the TRRC Act 2017, was launched by the President on 15th October 2018 and conducted its first public hearing on 7th January 2019. The TRRC was mandated to investigate and establish an impartial historical record of the nature, causes and extent of violations and abuses of human rights committed during the period July 1994 to January 2017 and to consider the granting of reparation to victims. On 28 May 2021, it concluded its public hearings.

The NHRC wishes to congratulate the TRRC, under the dynamic leadership of its Chairperson, Dr. Lamin J. Cisse, for diligently executing its mandate.

Now that the TRRC has completed the task for which it was set up, the Government of The Gambia has the duty to take the next important step. We hereby urge the President, to consider and share the Report with all relevant stakeholders as provided for in that TRRC ACT, issue a White Paper report and put in place all the necessary mechanisms, institutions, processes, and resources to implement all the recommendations fully and adequately within a realistic timeframe.

The TRRC final report should provide the country and the Government the unique opportunity to right the wrongs committed under the former regime; assure justice to the survivors and families of the victims of human rights violations, heal the nation, address impunity, and embark on institutional, administrative, legislative, and constitutional reforms.

The devastating ordeals narrated by the victims who testified before the TRRC and the gruesome revelations of witnesses including the ‘’Junglars’’ regarding the disappearances and extrajudicial killings carried out in the name or on the orders of ex-President Jammeh must NEVER AGAIN occur in the Gambia. The NHRC encourages the President to reinforce institutions to prevent such reign of terror that prevailed and the wanton disregard for human rights, rule of law and fundamental freedoms.

In line with NHRC’s advisory role to the State and cognizant of the great importance of the TRRC report in the transitional justice process of the country, the NHRC strongly urges the Government to exhibit the highest level of commitment and implement the recommendations contained in the TRRC Report.

As a matter of priority, the NHRC strongly recommends that the Government: 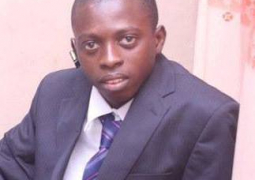 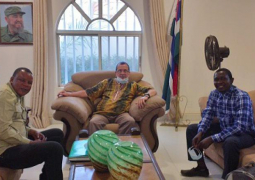 Banjul, Jan 19 - Two young Gambian doctors will study in Cuba the specialties of Gynecology and Obstetrics, and Intensive Therapy, after the authorities of the largest of the Antilles grant two free scholarships to this nation, as part of their historic solidarity collaboration with Africa. 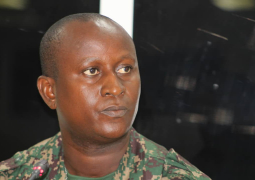