While taking his oath of allegiance, Dr. Gassama swore to serve the country without fear or favour.

In her remarks VP Touray assured the new executive director of government’s support, and urged him to serve with due diligence and to abide by the constitution. She advised him to follow his predecessor’s footsteps, who she recognised laid a solid foundation at the National Human Rights Commission.

Attorney general and minister for Justice, Dawda Jallow, affirmed that the NHRC has a cordial working relationship with the government, and they expect that to continue. He informed Dr. Gassama of their knowledge of the challenges they face and promised that they will be addressed as expected.

Shopkeeper arrested for murder in URR

Police in the Upper River Region have arrested Doro Touray, a native of Koina village in the Kantora District of URR for reportedly killing his elder brother Kantara Touray, The Point has been reliably informed.

Sabally to be arraigned on Jan. 5th

Momodou Sabally, the campaign manager of the United Democratic Party (UDP) will remain under detention until Thursday 5 January when he appears before the High Court. He is likely to be charged with treason. 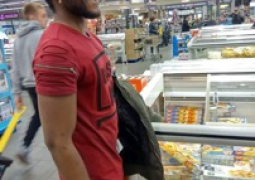 Gambian, 25, killed by compatriot in Germany

Dawda Jallow, a 25-year old Gambian was killed by his compatriot after a fight ensued at a refugee camp on Sunday morning, according to media reports.