National Guards to embark on patrol amid rising crimes 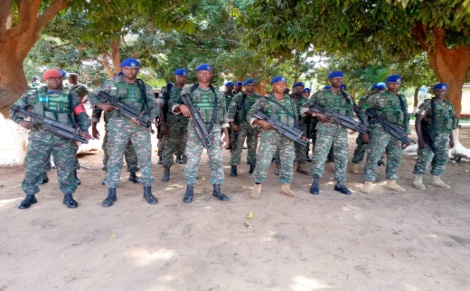 According to the press release, the operation is aimed at restoring public order and public safety due to the sharp rise in criminality and criminal related activities in the country.

“It should be emphasised that the exercise is also meant to complement the good efforts of the sister security forces under the Ministry of Interior led by the Gambia Police Force.

Operation “RESTORE SANITY” would involve vigorous patrols during the day which would be intensified during the night.”

The army urged on the general public, especially law abiding citizens and all those resident in The Gambia to go about their normal business activities.

However, they stated that it may be prudent to avoid lonely, remote and suspected crime infested areas at ungodly hours to reduce the risk of being targets of these criminals.

“The general public is encouraged to provide the National Guards with timely information about criminals and their locations to assist the security forces in their quest to curtail crime.

The Gambia National Guards is soliciting the cooperation and understanding of the general public in this worthwhile endeavour in the interest of all and sundry.”

Witness says she learnt Koro was killed in his car

Awa Minteh, the first defence witness in the murder case involving Yankuba Touray, recently revealed before Justice Ebrima Jaiteh of the High Court in Banjul under cross-examination that she learnt that Ousman Koro Ceesay was killed in his car. This followed the question that Koro was killed in the residence of the accused.