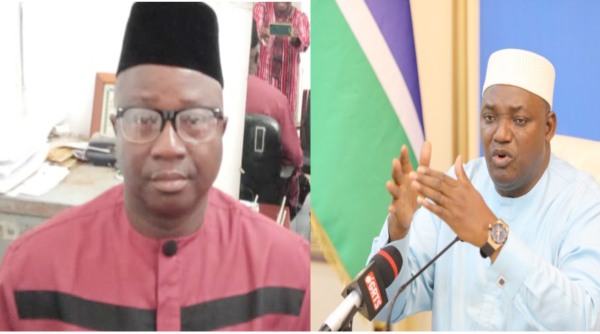 Alhagie Muhammed Morr Jobe, who was speaking in a recent exclusive interview with The Point, maintained that he is neither a politician nor is he involved in politics.

“I am just making a clarion call for all Gambians to rally support for President Barrow, who was elected into office by the will of Almighty God and that he can only be removed if his time is up”.

He continued, “All those people who have been presidents in this country were chosen by Almighty God. Adama Barrow will be removed if his time is up. First it was the late Sir Dawda Jawara, followed by Yahya Jammeh and all these people were removed because their time was up.”

Jobe recalled that for many years, there were several attempts by people who wanted to depose former president Yahya Jammeh from power, but God choose Adama Barrow to lead the affairs of the country.

He added that all what people should do is to accept the will of God and rally behind President Barrow and support his development agendum.

“I don’t involve myself into politics and am not a politician because I got what I have and I don’t intend to be or do any forms of politics. I just think it is necessary to make a clarion call for Gambians to support President Barrow,” he said.

He also shared the grief victims following disturbing revelations at TRRC, while urging government to consider and compensate these victims.

Mr. Jobe, who earlier launched a campaign to support needy communities with street taps, also thanked all those who responded to his campaign.

“The government cannot do it all alone and what we can do as successful businessmen is to help the president by assisting communities and those  needy with the little we have.”

“What we can do as businessmen is to establish some operations or projects to support individuals and communities. As for me I will never stop assisting needy communities with the little I have, especially when it comes to water and borehole for needy communities.” 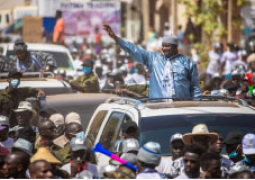 Barrow confident of victory ahead of Saturday polls

President Adama Barrow in a rally held at Latrikunda German on Tuesday told supporters that the noise is too much but the oppositions knew he will defeat them in Saturday’s polls.

The minister of Information and Communication Infrastructure, Ebrima Sillah, on Tuesday refuted claims that the government identified expelled soldier, Omar Sarjo, as the son of Salif Sadio rebel leader in Cassamance, southern Senegal.