Ndumbeh Faye testified that she is a businesswoman and lives at Sanchaba Sulay Jobe. She noted that one day Foday Sidibeh, the accused, confronted his ex-wife and asked her to give him a chain he gave her as a gift. “His ex-wife then told him that he had packed the chain along with his belongings when he was leaving her home. He told her that he was coming back and if she failed to produce the chain, he would kill her,” she told the court.

The witness further said that he came back with two stones, one in each hand. She asserted that he also put two empty bottles in his pockets and insisted that his ex-wife must give him back the chain. “In fear, his ex-wife told him that the chain was in her bag and pleaded with him to allow her to go and bring it. She then went out and ran into a shop and hid there. He pursued her but the shopkeeper gave her sanctuary to save her,” she posited.

Witness added that she also went to the shop, and when Haddy Faye saw some children passing by, she told them to inform one Modou Wadda that her ex-husband wanted to kill her. She stated that later, Modou Wadda arrived and as he was talking to Haddy’s ex-husband, Haddy sneaked out of the shop. “While I was looking for a taxi to report the matter to the police, Haddy Faye came and joined me and we later boarded a taxi. We were driven to the police station at Sanchaba Sulay Jobe where we were referred to the Senegambia Police Post, where we wrote our statements. We were told that whenever Foday Sidibeh came back to our home, we should inform them. So, when he came back, we called the police who arrested him,” she further testified.

At this juncture, the prosecuting officer, Mariama Badjie, asked the witness whether she would be able to identify the stones and the bottles which were in the possession of the accused at the time of the incident. She answered in the positive.

The items were then shown to her and she identified them. Prosecutor Badjie applied to tender them in evidence. Her application was granted and the items were admitted by the court.

Since the lawyer of the accused person was not present in court, the case was adjourned to the 3rd February, 2022, for the counsel to test the credibility of the witness under cross-examination.

Although the accused was granted bail, he could not fulfill the bail condition. 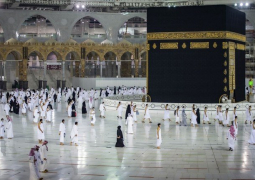