BAMAKO, Jan 31 (Reuters) - Mali on Monday gave the French ambassador 72 hours to leave the country after “hostile and outrageous” comments by former colonial power France about its transitional government, it said in a statement read on national television. 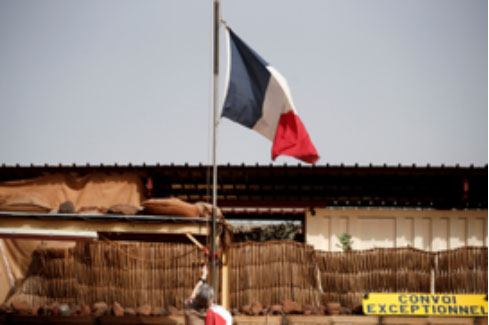 French Foreign Minister Jean-Yves Le Drian said on Friday that Mali’s junta was “out of control” amid escalating tensions between the West African state and its European partners following two coups.

He also called the junta illegitimate. French Defence Minister Florence Parly said on Saturday French troops would not stay in Mali if the price was too high.

“The French ambassador to Bamako was summoned and notified of a decision by the government inviting him to leave the national territory within 72 hours following hostile and outrageous comments by the French foreign affairs minister recently,” the government statement said.

France has had troops in Mali since 2013, when it intervened to drive back Islamist militants who were advancing on the capital. The Islamists have since regrouped and are waging an increasingly bloody insurgency across the Sahel region.

Relations between Mali and its former coloniser deteriorated this month when the junta went back on an agreement to organise elections in February and proposed holding on to power until 2025.

It has also deployed Russian private military contractors, which some European countries have said is incompatible with their mission.

Mali last week asked Denmark to withdraw its troops belonging to a European task force in the country, which set off a fresh crisis. France asked Mali to let the Danish troops stay, and Mali’s government spokesman told France to keep its “colonial reflexes” to itself.

“Such irresponsible behaviour is not what we expect from Mali, which will lose international credibility.”

European allies agreed on Friday to draw up plans within two weeks on how to continue their fight against Islamist militants in Mali, Denmark’s defence minister said, after France said the situation with the junta had become untenable. 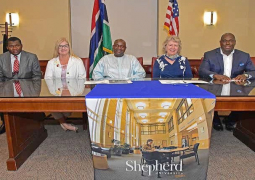 Washington, D.C. 23 March, 2022: The Embassy of The Gambia to the United States of America and Shepherd University have  signed a memorandum of understanding geared towards streamline admission process for Gambian undergraduate and graduate students and make them eligible for merit sc 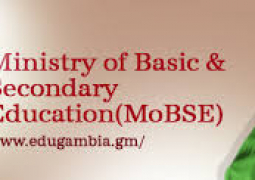