In accordance with section 164 (1) of the 1997 Constitution, the president in consultation with the Public Service Commission, is mandated to appoint an Ombudsman, subject to confirmation by the National Assembly.

Laying the motion for consideration and approval Kebba K. Barrow, member for Kombo South and the majority leader said: “It is a fact that Bakary Sanyang is the second nominee by the president for the position of Ombudsman after the rejection of the earlier nominee Ababucarr A. Suwareh in December, 2019 by the National Assembly.”

He added that the provision under section 164 (1) of the 1997 Constitution limits the Assembly from rejecting the second nominee for Ombudsman, subject to full compliance to provision of the constitution.

Hon. Barrow reminded the lawmakers that the motion that was tabled by the vice president confirmed that Mr. Sanyang was still (at the time) serving in a public office as governor of West Coast Region. This, he added was not in line with the proviso resulting in the referral of the motion to the relevant committee for scrutiny and advice.

He said the Standing Order 114(2) mandates the Public Appointments Standing Committee to consider, advise and report upon all appointments to a public office to be made by the executive, subject to confirmation of the National Assembly and other matters connected therewith.

According to the majority leader, the committee met on 14 May 2020 to consider and scrutinise the motion as was referred to the plenary, adding that the committee further reviewed Sanyang’s credentials per the statutory requirements as provided under 164 (1) of the 1997 Constitution.

After Sanyang’s confirmation by lawmakers,, Vice President Dr. Isatou Touray thanked deputies for their consideration, saying that Bakary Sanyang’s appointment is in the interest of the country. 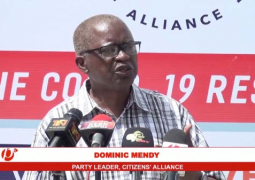 Citizens’ Alliance Party (CAP), a new party established a year ago, has embarked on an ambitious project designed to mitigate the impacts of covid-19 on vulnerable communities with the launch of its Crisis Relief Fund (CRF). 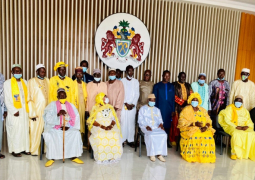 The United Democratic Party (UDP) on Friday launched its Manifesto and 5-point Agenda, aimed at creating a transformational agenda for The Gambia held at Sir Dawda Kairaba Conference center in Bijilo. 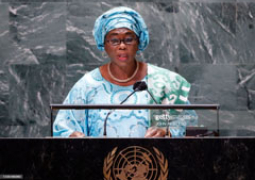 During the 76th Session of the United Nations General Assembly, Vice President Dr. Isatou Touray stated that Africa is grappling with negative effects of conflicts and insecurity, arguing that the challenge of addressing the root causes of conflict and climate change requires greater global solidarity and UN leadership. 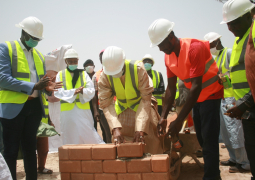