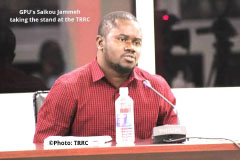 “The Commission heard testimonies of seventeen (17) witnesses who were mainly journalists and other media practitioners who suffered human rights violations in the hands of the State and state agents while carrying out their work.” Among those who testified was the GPU then Secretary General, Saikou Jammeh.

Saikou Jammeh, while testifying before the Commission, outlined the challenges and achievements of the GPU under Colonialism, the Jawara and Jammeh administrations. The most difficult period according to him was the 22 years under Jammeh. “This was a difficult time in The Gambia when journalists suffered many human rights violations.”

“In addition to the arrests and detentions, several non-Gambian journalists were deported out of the country. Kenneth Best, Proprietor of the The Daily Observer Newspaper was the first deportee. After his deportation Kemo Sesay, a Sierra Leonean was deported in 1995.”

“These were followed by Chikeluba Kenechuku, a popular Nigerian commentator the Daily Observer paper; Muhammed Ellicot Saede, a Ghanaian, Editor of the Daily Observer; Mohammed Mboyo a Congolese who was also tortured at the NIA Headquarters before he was deported; Sule Musa a Nigerian and Birima Ernest, a Sierra Leonean an employee of The Point Newspaper.”

“The deportations were confirmed by D.A. Jawo, Lamin Cham, - also added the following names of journalists to the ones already provided by the witness. These include: include Rodney Sieh, a Liberian, Cherno OJuku Sesay, a Sierra Leonean, Macouma Colley and Pa Winton.”

“Other foreign journalists such as David Somas and Justice Fofana left the country on their own accord following pressure from the government and arrests and Pascal Escher, an Editor-in-Chief of the Daily Observer, left when the paper was sold to Mr. Amadou Samba as he was not very comfortable with the censorship that was going on at the time.”

Mr. Manneh arrested, after being reported by the then Managing Director of the Daily Observer, Dr. Saja Taal, for republishing an article by Elizabeth Ohene of the BBC titled “the host of the meeting Yahya A.J.J Jammeh came to power through a Coup d’état together with many of his peers.”

Until today, Mr. Manneh is nowhere to be found.

“In addition to the atrocities already detailed above, Saikou Jammeh also told the Commission about the arson attacks against media houses. The first arson attack was in 2001 against Radio One FM, which the late George Christensen owned.”

“The proprietor George Christensen sustained severe burns during the attack and some of his equipment was damaged. The GPU made several requests for the arson attack to be investigated but to no avail.”

“Shortly after the attack, Alieu Bah, a DJ on the radio, found a letter purportedly written by the Green Boys (Yahya A.J.J Jammeh’s Youth Movement) threatening him that had it not been for the child in his house, they would burn him a particular night.”

“Saikou Jammeh also told the Commission about the serious arson attack against The Independent newspaper in 2004 when gasoline was poured on the printing machines and set on fire. The culprits tried to lock the staff that were working inside to burn. Fortunately, there were no fatalities, although some sustained burns.”

“He recalled that head of Production at the paper Namorry Trawally found a pistol that was thought to have been dropped by one of the culprits. He surrendered the pistol to the police.”

“Omar Barrow, a Sud FM reporter and a Red Cross Volunteer was killed by shooting in 2000 by state agents during the April 10 and 11 student demonstrations. Four years later Deyda Hydara, proprietor of The Point newspaper was also assassinated by state agents in December 2004.”

“Pap Saine of The Point newspaper was also accused of committing fraud because he was not a Gambian and obtained a Gambian passport illegally. That year, Pap Saine was appearing before two courts at the same time. Pap Saine himself, confirmed to the Commission how he was accused of falsifying his nationality on two different occasions and that he recalled how on a particular day he had to appear before two different courts.

“He appeared at the Kanifing Magistrate Court in the morning and in the afternoon. He had to rush to Banjul to appear before another court. Both courts acquitted Mr. Saine of all charges.

“This evidence was also corroborated by D.A Jawo who told the Commission that: ‘many journalists Alagie Yorro Jallow and Baba Galleh Jallow of The Independent newspaper and Pap Saine and Deyda Hydara of The Point newspaper were constantly questioned about their nationality.” 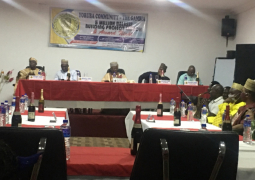 Banjul – The rapid spread of COVID-19 in West and Central Africa, which has infected over 8,000 people and led to the deaths of over 200, has led to a shortage of personal protective equipment (PPE). 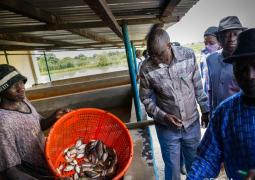