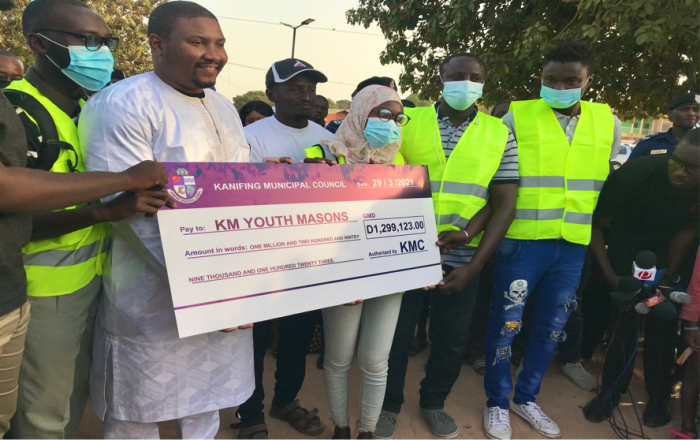 This development is part of the council’s plan to rejuvenate all major parks within its Municipality. Recently, the council rehabilitated the park toilets for public use, planted 134 trees to green up the side and as well installed 120 solar lights at the area.

Speaking at the handing over ceremony, Mayor Bensouda said when he came to inspect the area a month ago, he was sad because the zone had no standard post. This prompted his council to come up with this initiative.

Gambian youths, he continued are talented but they don’t have the required equipment to support them, adding that what they wanted is for Gambian youths to excel for the whole world to know. While saying this, he congratulated the national team for the latest feat.

Karamo Ceesay, ward councilor for Tallinding South, thanked the council for their commitment towards reviving the park. He said the mayor sponsored the tournament that they recently had, adding that there are lots of developments currently taking place at the park.

The mayor, he continued, is a youth that supports youth initiatives in his municipality. He urged the youths to make sure that they preserve the facilities and the developments made at the park for future use.

Youth Councilor Kemo Bojang in his remarks noted the council’s stance in youth development, emphasising that they prioritise youths at KMC. The Gambia he added, has many football players, but there are not enough facilities and equipment to support the players.

According to Mr. Bojang, the council came up with the ‘Goal for KMC’ project to change all goal posts in the municipality to standard ones because they believe that there cannot be a football match without a goal post. 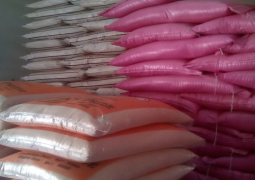 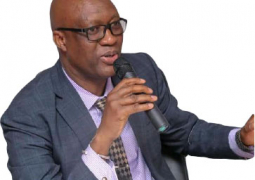