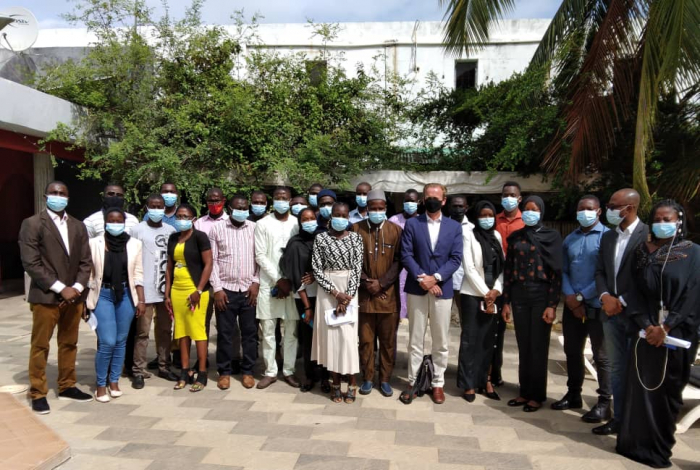 During the opening ceremony, Mr. Patrick Mc Carthy, the UN Peace and Development advisor in The Gambia, delivered a statement on behalf of the United Nations resident coordinator, stating that the three-day training is organised under UNESCO’s component of the Peace Building Fund project entitled ‘Young Women and Men as Stakeholders in Ensuring Peaceful Democratic Processes and Advocates for the Prevention of Violence and Hate Speech’.

He emphasised that the purpose of the training was to provide journalists with the skills and tools they need to check and verify facts before publication.

“This capacity will help journalists to debunk fake news and misinformation in all its forms and so will make a significant contribution to achieving the objectives of this project.  The capacity to effectively check facts is not only necessary but indispensable in 21st-century journalism.”

The peace and development adviser further indicated that as The Gambia prepares to head to polls on 4 December for the presidential election, it is critical to empower the media with tools, resources and skills to counter the phenomenon of disinformation and misinformation, especially within the context of the Covid-19 crisis, during which fake news is spreading more than ever around the world.

He added that a number of studies from around the world have indicated that fake news could potentially impact who ultimately wins or loses an election.

“However, there are also amazing examples of how journalists and other actors in the information ecosystem have successfully countered false claims and propaganda which, if left unchecked, could have seriously undermined the credibility of national elections.”

Mr. Lamin Jarjou, the senior programme officer for Gambia National Commission for UNESCO, said the project seeks to empower young people with media and information literacy skills in order that they can ethically interact with information and media, especially social media, while adding it is also planned to build the capacity of media professionals in debunking disinformation, misinformation and mal-information through training in fact-checking, and to establish a national online participative fact-checking platform.

“Recent developments have placed journalism under fire. An array of factors are transforming the communications landscape, raising questions about the quality, impact and credibility of journalism. At the same time, orchestrated campaigns are spreading untruths or fake news that are often unwittingly shared on social media causing rifts in communities. At times the consequences for such actions are too consequential and heavily prized for communities and societies to recover from.”

Muhammed S. Bah, the vice president of The Gambia Press Union explained that the media plays a crucial role in ensuring that electoral processes are credible, and that elections are held in a free, fair and transparent manner.

He said fact-checking becomes a crucial exercise that lends credibility to the significant volume of information that is shared by various stakeholders, especially politicians, before, during and after the elections.

“Fact-checking is part of everyday journalism, but it is even more important that this culture of verification is entrenched during elections. Misinformation and disinformation (or fake news) comes in many forms, and it is important for journalists to identify and debunk them.” 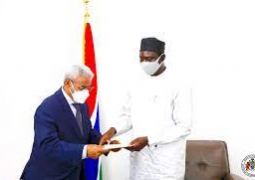 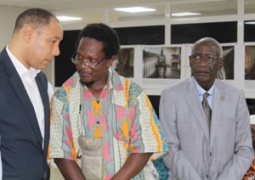 Impeccable source has told The Point that the government White Paper which will be issued on Wednesday 25 May rejected all recommendations of TRRC in granting amnesty to some security personnel including Sanna Sabally ex-vice chairman  of AFPRC, who the TRRC said had admitted killing many security personnel during the November 1994 abortive coup . 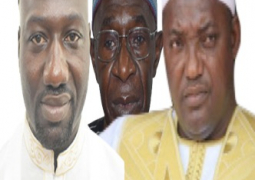 Speaker Fabakarry Tombong Jatta has overruled the Point of Order raised by Hon. Sulayman Saho, the National Assembly Member (NAM) for Central Badibou for President Adama Barrow to attend the debate following his (president) State of the Nation Address on Thursday 15 September 2022.