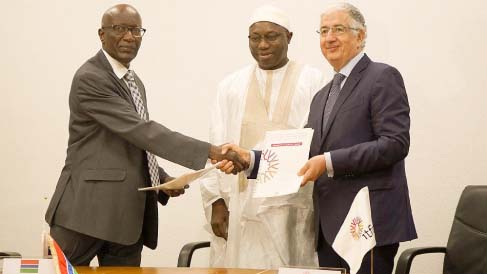 The International Islamic Trade Finance Corporation (ITFC), a member of the Islamic Development Bank (IDB) Group, has signed a new 5-Year Framework Agreement in favour of the Government of The Gambia that targets to provide up to US$50 million to the country on an annual basis.
The agreement, signed with Mambury Njie, Minister of Finance and Economic Affairs, is a part of the corporation’s ongoing efforts to combat the economic repercussions from Covid-19 and strengthen key economic sectors in member countries.

This US$250 million framework agreement will provide pre-export financing for major cash crops such as groundnuts and cashew nuts, the main agricultural produce in a sector that is a major employer of the country’s workforce. In addition, this agreement will also facilitate the import of essential agriculture inputs such as fertilizer.

In the energy sector, the financing will enable imports of key commodities such as refined petroleum, which is crucial to generate electricity in the country. Other sectors that will benefit from the five-year framework agreement include the healthcare sector through the import of medicines and health equipment, and the private sector through financing facilities to local banks and financial institutions aimed at boosting local SMEs.

Technical assistance for trade development aimed at building capacity and promoting information exchange and knowledge dissemination are other areas covered in the agreement.

Minister Njie thanked ITFC on behalf of the government for its continued support, highlighting that this framework agreement would support national development goals to drive economic diversification and job creation across key growth sectors, while facilitating trade and investment flows within the country, as well as globally through the country’s participation in agriculture value chains.

Reiterating the corporation’s commitment to supporting its member countries, ITFC CEO, Hani Salem Sonbol, said: “The five-year framework agreement will make way for further cooperation with the Government of The Gambia across key economic sectors while fostering greater collaboration with the country’s budding private sector to drive SME growth. In addition to crucial import-export financing, the agreement also has provisions to help develop the country into a stronger trading nation through enhanced capacity development and knowledge transfer programmes.”

Since inception in 2008, ITFC has approved a total of US$607 million in favour of The Gambia. From energy to employment through agriculture, it reaffirms ITFC’s proven strategy of investing in key sectors of its member countries and thus contributing towards the development of the priority industries. 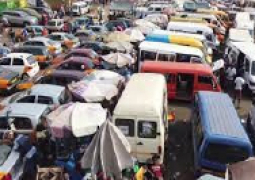 Gov’t agrees with transport union of fares increment, others

Kanifing, 5th April 2022: Following negotiations by the Government of The Gambia, the General Transport Union (GTU), and other stakeholders in relation to the petition by the GTU, the general public is hereby informed that the Government of The Gambia through the National Security Council and the Executive, has approved the agreements signed by the above parties for implementation without further delay. The issues agreed on cover the following: 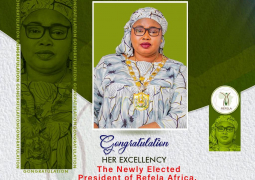 Mayoress Rohey Malick Lowe, the newly elected president of Refella Africa has arrived in Banjul with a rousing welcome. 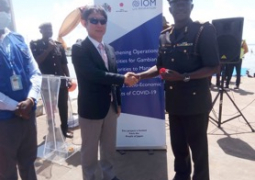 The Japanese government through its embassy in Dakar, Senegal, in collaboration with International Organisation for Migration (IOM) has donated a speed boat to The Gambia Immigration Department (GID) to strengthen operational capacities.