According to him, nations must adopt the policy as a strategy to manage migration rather than being harsh on the migrants.

He made these remarks on Friday at day-2 of the international online summit tagged Migration; Post COVID-19: The role of stakeholders. The event was organised by the Journalists International Forum for Migration (JIFORM).

Delivering a presentation titled Migration Management And Post Covid-19, he listed migration management to include containment of the effect of COVID- 19 and treatment of migrants, dispora remittance, human trafficking, and cross border issues as part of critical areas media must aim their focus to get the attention of policy makers.

He said developed countries should appreciate the role and intervention of migrants particularly at this pandemic period where thousands classified as migrants have been recruited by top countries like Germany and others in Europe to make up for the shortage of man power in their health sector.

He charged developed nations in Europe to assist migrants to access health care irrespective of their status arguing that they were potential economic developers. He noted that the expected fall in the diaspora remittance posed a serious threat to the economy of developing nations; he called for monitoring of welfare and protection of refugees and security against human trafficking.

He pointed out that the media must look at issues that are under reported like the diaspora remittance, citing that 70% of Gambia’s remittances come from countries in major lockdown countries such as; Spain, Italy, UK, US. He added that media must investigate and play up issues of food security for migrants.

He pointed out that the lockdown has slowed down many economic activities including the IOM piloted voluntary returnees scheme, pointing out that several migrants are stranded at the border posts.

Miko added that IOM Gambia had been facilitating migrants’ voluntary return and reintergration.

He said migrants needed hospitality and cautioned privileged countries to refrain from using COVID-19 as an excuse to shut borders against them.

The IOM official challenges the media to show interest in camps and detentions where refugees were kept in order to report any abuse, stigmatisation and ensure that social distancing orders are obeyed.

The media foundation with over 150 journalists spread across the continents had participated in several international summits both within and outside Africa.

The online summit was the second in the series of events organised by JIFORM amidst the pandemic. 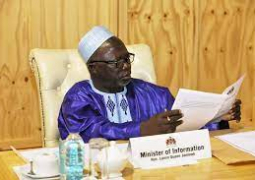 The new minister of Information, Lamin Queen Jammeh and delegation visited The Point Newspaper on Friday as part of a familiarisation tour of institutions under his watch. 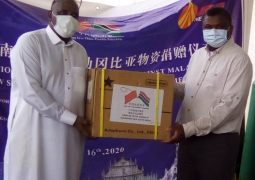 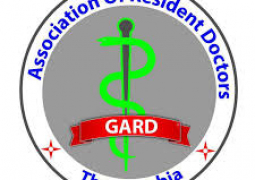