Omar Cham, who was adversely mentioned by many witnesses of torture, yesterday testified before the TRRC, revealing that former President Yahya Jammeh bribed Louie Jabbi Gassama and Ebrima Marr each with €10, 000 to fabricate false evidence against Lt. Gen. Lang Tombong Tamba.

Cham was answering questions on whether the government used to pay people to falsely incriminate other people, which he said was common.

He accepted the claim that NIA was a torture center, saying there was no one who worked at the NIA and didn't hear or know what was going there during the Jammeh era.

Explaining the incident of 1996 the Farafanni attack, he said he was called to report to the NIA headquarters.

"I was told that one of the rebels, Mballo Kanteh was apprehended. Shortly after he was taken to the investigation unite, we heard screaming and I imagined he was tortured. Foday Barry, Baba Saho and Daba Marena were with him and Kanteh was electrocuted."

"Jesus was accused of drug trafficking with Sillaba Samateh. I also led an investigation that accused Jesus of armed robbery. The recommendation we gave at the end was to charge him with obstruction of duties."

Dwelling on the case of Deyda Hydara, he said it was the police that was investigating the case. He added that at some point, the police were quiet and people were suspicious, adding it was later transferred to the NIA.

"NIA didn’t say exactly what had happened. The evidence of the investigation was false."

On the claim made by Sillaba that it was he (Cham) who tortured him, Cham said that was false. He added that he also never tortured Jesus during his detention, as claimed, saying he was dismissed because of Jesus and Sillaba Samateh.

"The special operation unit at the NIA were responsible of torturing people after the ‘junglers’ left. Among those who were in the operation team consist of a man called Assassin, Baboucar Sallah, Lamin Darboe, Tamba Mansereh and others."

The witness is expected to continue his TRRC testimony today on issues surrounding the intelligence service. 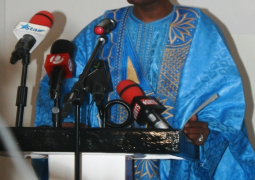 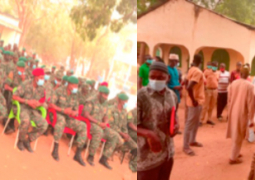 A coalition of two civil society groups, the Right 2 Know Coalition-Gambia (R2K Gambia and the Democratic Union of Gambian Activist (DUGA), have tasked the Independent Electoral Commission to suspend the National People's Party (NPP) and nullify the nominations of all its parliamentary candidates for failing to hold congress after two years of existence, which violates the Election Amendment Act.