Imam Ebrima Sillah of Lasso Warf Mosque in Banjul has condemned in strongest terms the “provocative remarks” by the French President Emmanuel Macron and use of a picture to caricature the Prophet Muhammad (SAW) in order to stir anger from Muslim Ummah across the World. 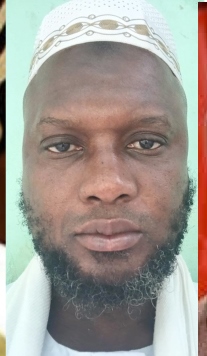 Imam Sillah made these remarks during his Friday sermon at the mosque in Banjul.

The outcry over remarks about Islam by French President Emmanuel Macron and cartoons of Prophet Muhammad had escalated as Muslim nations protested with calls to boycott French products.

French President Emmanuel Macron had invoked the ire of Muslims worldwide after he pledged to fight "Islamist separatism" and defended the right to publish religious caricatures.

It all came when a French high school teacher was beheaded for displaying caricatures of the Islamic Prophet Muhammad.

Macron delivered a spirited defense of free speech and secular values of his country as he defended the controversial cartoons, saying they were protected under the right to so-called free speech. He later added that "we won't renounce the caricatures."

According to Imam Sillah, the leaders of White Supremacy in the Western world are the cause of all the conflicts that are happening across the world so that Islam can be viewed badly as a religion.

He said the White Supremacy leadership portrays Islam as a terrorist group, saying; “that is not true.” He argued that if that was the case, the over two billion Muslims in the world would then kill all the white people if they go against the Islamic religion.

"The White Supremacy leaders are fighting the Islam in the world but they cannot succeed because the religion is protected by the Allah," he said.

Imam Sillah commended other religious leaders in the world who he said stood up against the French President Emmanuel Macron’s provocative words to Prophet Muhammad (SAW).

Imam called on the religious leaders in the country through the Supreme Islamic Council to release a press statement and condemn Macron’s action against the Prophet Muhammad (SAW) and Muslim Ummah.