The Independent Electoral Commission (IEC) has issued a stern warning to a group of individuals referring to itself as “Operation No Illegal Voting”.

IEC claimed that such a group is “illegally conducting voter sensitisation in the Upper River and West Coast Regions.

In a release sent to this medium, IEC said: “It has come to the notice of the IEC that a group of individuals referring to itself as “Operation No Illegal Voting” is illegally conducting voter sensitisation” in the Upper River Region and West Coast Region.”

“This group is impersonating as operating under the authority of the IEC. They wear T-Shirts bearing the IEC logo and are purportedly engaging with chiefs and alkalolu warning them on electoral matters.”

“This group is urged to desist from such actions immediately failure of which legal action would be taken against them. Impersonating is illegal and the commission would not tolerate such.”

“While the commission recognizes the role of civil society organisations, their activities must be within the confines of the laws of The Gambia.”

“The IEC is mandated to conduct voter education pursuant to section 134 (A) of the Elections Amendment Act 2015. However, it sometimes collaborates with stakeholders in the fulfilment of this mandate.”

GRA gears up for latest technology

The Gambia Revenue Authority (GRA), is currently bracing up through rigorous staff training on Installation of ASYCUDA Worlds System, - the latest technology for GRA to be used in revenue mobilisation. 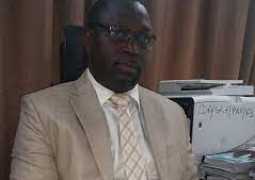