When the case was called, the prosecuting officer, Commissioner A. Sanneh, told the court that he was representing the IGP. He stated that he went to the house of the accused but found that he was seriously ill. He further asserted that the accused told him that he would hire a taxi to come to court on the 3rd March, 2022, even though his condition was serious. He noted that this was their agreement but was surprised when he saw the daughter of the accused in the court. He adduced that she was in a better position to tell the court why her father was not present in court.

The daughter told the court that her father’s condition was serious and that was why he was absent. She then handed over some medical papers to the presiding magistrate who went through them. The magistrate then asked which ailment her father was suffering from. She told the magistrate, and further said that doctors could not trace out the disease her father was suffering from, and this was why they resorted to local treatment.

The magistrate then ruled that she had gone through the medical papers of the accused and said that he would be given the benefit of the doubt and adjourned the case to the 17th March, 2022, for defence.

It could be recalled that on the 3rd February, 2022, the presiding magistrate ordered that the accused be arrested and his surety by the police to show cause why his bail should not be revoked. She further ordered that if they were arrested on a non-working day, they should be granted police bail and be brought on a working day before the court.

DSP Jawara, who was also prosecuting in the case, on the 2nd November, 2021, informed the court that the prosecution had closed their case. This followed the end of the testimony of the third prosecution witness.

The European Union (EU) ambassador to The Gambia, Corrado Pampaloni, revealed that the EU has invested over D22 billion from around 2017 to 2021, which is equivalent to about 365 million Euros.

UNICEF to stockpile over half a billion syringes by year end, as part of efforts to prepare for eventual COVID-19 vaccinations

NEW YORK, 19 October 2020 – As the world awaits a COVID-19 vaccine, UNICEF has begun laying the groundwork for the rapid, safe and efficient delivery of the eventual vaccine by purchasing and pre-positioning syringes and other necessary equipment. 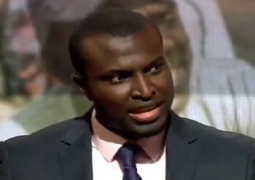 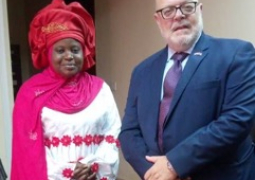