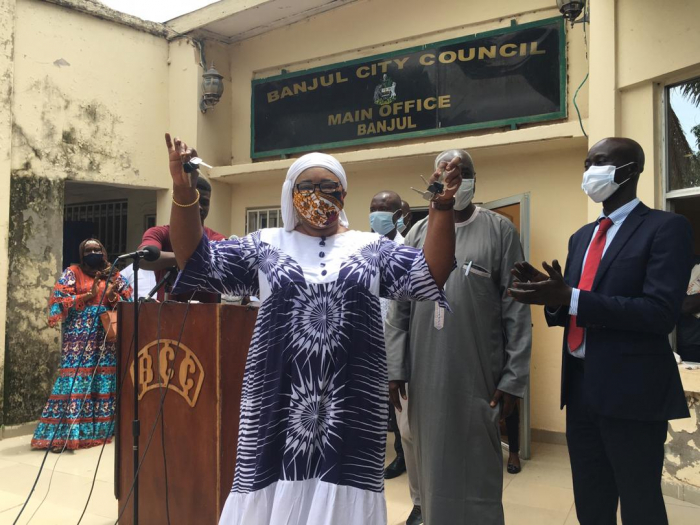 The event that took place at BCC’s complex was geared towards not only strengthening the port and city relationship, but to also address waste problem in the city.

Mayoress Rohey Malick Lowe showed appreciation to the board members and director of Gambia Ports Authority for what she described as an “incredible and kind gesture.”

Ms. Lowe revealed that the council is not financially strong and has huge responsibility on its shoulders.

“This is why it is important to have support from every institution and every stakeholder within and outside Banjul,” she emphasised.

The cleanliness of the city, she said, is their priority and should be the priority of everyone as well as the restructuring of the waste management department.

She encouraged the youths to join the waste management crusade, while reassuring the people of Banjul that they would be seeing more changes in the soonest possible time.

“We will be expecting more equipment which I cannot mention now, but just to inform the people of Banjul that more is coming,” she declared.

She assured that the trucks will be properly utilised, saying that it came at a good time, given the fact that we are in the rainy season and the city is loaded with waste.

Ousman Jobarteh, the managing director of GPA, described the event as a momentous occasion to them. “We see it as a mega donation to the city in its efforts to ensure cleanliness of the city of Banjul,” he added.

The two compactor trucks he continued cost GPA about eight million dalasis, adding that it is a mega contribution to the city’s development objectives.

This project he went on is also linked with the Greater Banjul area development, pointing out that it involves KMC and West Coast Region.

Mr. Jobarteh said that their objective is to make Banjul more habitable such that people who have relocated elsewhere may want to come back and live in the city.

“What has been a challenge we now want to take with them in a very collaborative manner to ensure that there’s sustainable development of the port and the city of Banjul.”

David Gomez from the Ministry of Lands and Regional Governments, said waste collection and its management has been a challenge not only for the city of Banjul but to the remaining two urban city councils.

Waste, he said, may be a national challenge but equally a local problem, adding that each and everyone has a responsibility and a role to play in addressing this problem. “When waste piles up in the streets, it creates a social disorder leading to frustration by the citizenry or the occupants of Banjul. Chaos, crime, poverty and city decline will follow suit,” he noted. 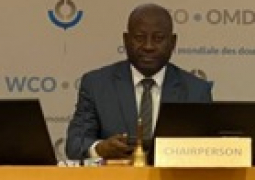 Banjul, The Gambia —Contrary to the misrepresentation of facts on the funding modalities of the new headquarters, Town Halls and allied facilities of the Banjul City Council (BCC), The Gambia Government states categorically, that this particular development is an output of the Rural Infrastructure Development Project (RIDF) benefitting all the Municipalities and Area Councils across the country. 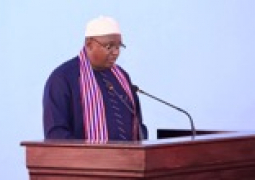 State House, Banjul, 27th July 2022: President Adama Barrow said unity and integration are essential for maintaining peace in the subregion and the continent while addressing the crowd during Liberia's 175th Independence Anniversary on July 26th 2022, in Monrovia.