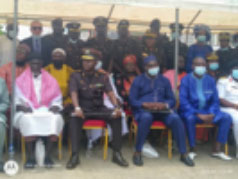 Ebriama Mboob, commissioner of Administration, said GID was formally established by a cabinet memorandum on 22 August 1990. Prior to this development, border management and migration control were the business of a specialised unit with the Gambia Police Force.

Mr. Mboob added that for three decades now the GID continues to uphold and fulfil its statutory mandate in the realm of consistency and progress.

Seedy M. Touray, the director general of GID, said it’s worthwhile to accept the great lengths that “our former DGs and Commissioners went to promote the sharing of unity, oneness and collaboration among the various security outfits, partners and stakeholders within and outside the country.”

“It is notable that they have attained this by accomplishing their core mandate and duties with great distinction and in a poised manner,” he added.

“Let me reiterate that you all have served with distinction and honour for which you should be extremely proud of.”

He said some former DGs and Commissioners left “us for heavenly abode; we all are distressed by their untimely departure and pray that their souls rest in peace.”

“I salute them and pray to the Almighty that their bereaved families can cope up with their massive loss and feel privileged that their beloved had devoted their lives to the service of this country.

Mr. Touray thanked partners and stakeholders for their continuous support and collaboration in the GID mandate implementation effort.

Hassan Tangara, the permanent secretary at the Ministry of Interior, said Immigration Day is a day set aside to reflect on the trials, tribulations and achievements of a key pillar of his ministry. Since the establishment of the Gambia Immigration Department as a separate entity from the Gambia Police Force in 1992, he said, significant achievements have been registered in enhancing and monitoring movement of people in and out of the country.

PS Tangara said his ministry recognises the tremendous efforts of the Gambia Immigration Department in the overall national security activities notably, in the most recent time, the fight against Covid-19 and operation zero crime.

“However, the Gambia Immigration Department implementation of the Migration Information and Data Analysis Snystem (MIDAS) project and engagement with IOM is gradually setting the pace for improved border management system matching with time and international standards.” 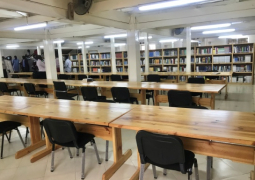 The University of The Gambia with support from the United Nations Development Programme (UNDP), on Wednesday launched the Career and Wellness Counseling Center at its Kanifing Campus on MDI Road. 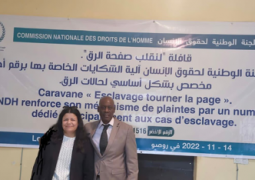 The International Network of Arab and African Journalists, on Tuesday, November 14, presided over the launch of the convoy "Let's turn the page on slavery" from the Mauritanian town of Rosso, located 200 km from the capital Nouakchott, under the supervision of the Mauritanian National Human Rights Commission, as part of Mauritania's efforts to eradicate slavery in the country.

A medical doctor at Afrimed Clinic in Brusubi on Friday testified in the on-going manslaughter and exposing child to danger case involving Sainabou Mbye, Cherno Mbye and Kibili Dembelly before Justice Ebrima Jaiteh of the Banjul High Court. 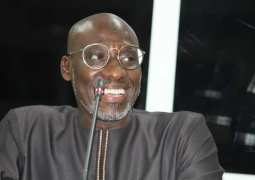