He therefore warned that exposure to POPs can lead to serious health hazards including cancer.

He noted that the National Environment Agency on behalf of the Gambia Government in partnership with GEF and UNDP is implementing this important four year project as part of the implementation of the Stockholm Convention for Persistent Organic Pollutants. One of the key activities of the project, he said is to create awareness and build capacity of key stakeholders for environmentally sound management of PCBs and their contaminated sites as well as reduce open burning of waste which is a common practice in The Gambia.

According to him, “One of the key activities of the project is creating awareness and building capacity of key stakeholders for the environmentally sound management of PCBs in electricity transformers as well as their contaminated sites and the reduction of open burning of waste which is a common practice in The Gambia. The project will ensure that an adequate level of sustained capacity for the sound management of PCBs and waste management/UPOPs reduction will be built for the management of any further hazardous waste identified such as PCBs after the project’s closure and for scaling-up improved waste management practices.

In recognising the importance of stakeholder participation, he said issues on POPs impact many sectors, including policy &law-making, environmental protection, agriculture, public health, industry and the private sector, the public and various interest groups. He told the gatherings that the project anticipates supporting the Gambia with the necessary technical and financial assistance to reduce the risks posed by PCBs and UPOPs to the environment and human health.

He said the project would be collaborating with the Gambia Electricity and Water Company (NAWEC) to replace electrical transformers within the systems that contain PCBs. Training of enumerators for the inventory of PCBs would soon start as equipment including testers for PCBs has already been procured and available in the country. Bah pointed out noting that even the affected areas where the PCB is found to be leaking would be taken care of. The project will also replace the faulty or affected PCBs with environmentally friendly ones.

On the major sources of UPOPs emission in The Gambia, Coordinator Bah told the gathering that it is the responsibility of all to apply the three Rs in waste management. That is to Reduce, Re-use & Recycle the waste we produce. Sources of UPOPs he said include the following activities: Charcoal burning, Mineral production of lime and bricks, Fish and skin smoking activities, iron extraction from tyres and open burning of waste at dumpsites.

Part of this, he said forms the obligations for the implementation of the Stockholm Convention on POPs National Implementation Plan (NIP) of which The Gambia is a party. This Convention is an internationally legal binding instrument designed to lead the gradual decrease of the presence of persistent organic pollutants in the environment.

He concluded that exposure to POPs can lead to serious health effects that include cancer, birth defects, dysfunctional immune and reproductive systems, susceptibility to disease and damages to the central and peripheral nervous systems.

Alkalo of Basse, Alh. Momodou Sailou Bah revealed that the PCB/UPOP project is a blessing for NAWEC and Area council, and therefore called on the two institutions to be responsive and be ever ready to give what it takes to make the project successful. He noted that the project came to complement government’s efforts as they, the responsible institutions do not have the capacity to deal with some of their short-comings.

As the voice of the local authorities echoed, Saiba Krubally, a representative of the district chief called on the people to take ownership of the project.

Mariama Trawally, a woman representative from Basse Mansajang Kunda, Buwa Kinteh of Mansakonko Area Council applauded the project for considering the plight of the women.

In filtering the messages to the grassroots, a two-hour sensitisation talk show at radio stations has been done attracting many callers, most of whom openly support the project as it comes to improve their lives and protect them from the impacts of PCB and UPOPs pollutions.

The project coordinator gave an overview of the project and its implementation strategies. These phone-in programmes were among efforts to share with the general public who couldn`t have the opportunity to attend the focus group discussion in the morning.

Lawyer Malick H.B. Jallow, Private Prosecutor for complainant Samsudeen Phatey, a Gambian journalist and human rights activist based in the USA, on 2nd August 2022 filed a new charge sheet to separate the charges of the accused persons in the case of Samsudeen Phatey vs his ex-wife Neneh J. Thompson and four others, at the Children’s Court in Brikama. 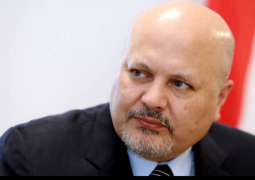 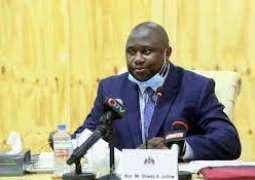 The Justice Minister and Attorney General of the Gambia Dawda Jallow says honorariums are legitimate payments in The Gambia, while reiterating that the $200,000 was a bulk payment of 18 month arrears OIC owed to the Gambian team working on the Myanmar case.