Saikou Jallow, former orderly to ex-president Yahya Jammeh, yesterday in his TRRC testimony, unveiled a list of persons perceived by former Gambia leader Yahya Jammeh as enemies to be executed in order to silence them and entrench himself in power.

According to Jallow, these were the people Jammeh fought spiritually to prevent the NADD Coalition from campaigning against him.

He confirmed to the Commission that the West African migrants were killed on the orders of Jammeh.

“I knew the concept of Command responsibility, and I was equally shocked when I had that 57 West African Migrants were killed in The Gambia. Collateral damaged happened here because they lied to Jammeh that the migrants were mercenaries.”

On the issue of witch-hunting, Jallow said the witch hunters were not from Guinea Conakry but from Tambacunda.

Mr. Jallow admitted that he participated in the witch-hunting but later regretted and bought some colanuts and apologise to people for the wrongs committed.

He told the Commission that the treatment of the alleged witches was inhumane and degrading; adding Jammeh knows quite obvious on the issues that were happening. 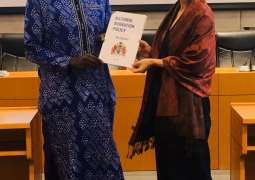 At least six health workers have been tested positive for covid-19, people closed to the Health Ministry told The Point. 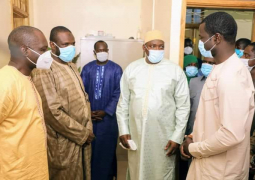