Joseph Henry Joof, the former attorney general and minister of Justice and National Assembly matters, revealed before the TRRC yesterday that former President Yahya Jammeh rejected compensation to victims of the April 10th and 11th student demonstrators. These include people who were shot, killed and tortured by the state security officers in 2000. 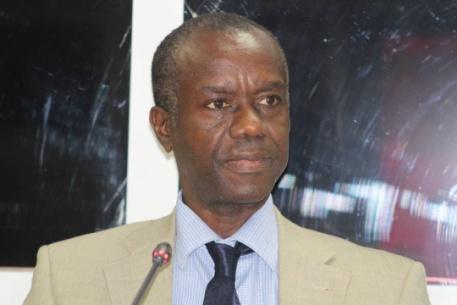 The former president of The Gambia Bar Association added that the President Jammeh refused some of the recommendations made by the commission that was setup to investigate the incident and thus described them as a security threat.

“During the time of the investigation, we were working freely without any interruption. The interrogation hall was free and students, soldiers and police officers were invited to say what they know about the matter.”

Shedding light on the allegation that some relevant witnesses were not called to testify, Mr. Joof replied if that was the case, it was because they didn’t know. He added that they invited soldiers and police officers but it was difficult to determine who shot the students.

The witnesses indicated that the report finalised that the shootings were ordered by former President Jammeh.

At this juncture, Counsel Mariama Singhateh told him that there was nowhere in the report where they mentioned the name of the ex-president as the person who gave the orders for the shooting. However, the witness said they didn’t write the president’s name but it was indicated in a way that he was responsible.

He continued that after the investigation, he was appointed attorney general and minister of Justice in 2001.

Speaking on the amendment of the word ‘secular’ in the 1997 Constitution at the national assembly, the witness accepted responsibility for tabling the bill and said it couldn’t have happened without the efforts of the president and the parliamentarians. Counsel told the witness that the word ‘secular’ was unlawfully amended in the 1997 Constitution, indicating that the provision is entrenched.

On the amendment made to give power to Jammeh to select chiefs for the districts, Mr. Joof stood firm on that ground, saying there was need to amend the constitution, saying every Gambian is equal before the law and has the right to become a leader, be it chief or alkalo.

On the amendment made to Section 99 of the 1997 Constitution in order to limit bail, Mr. Joof stated that bail is denied for a punishment tantamount to life imprisonment. 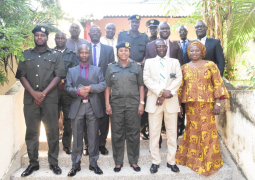 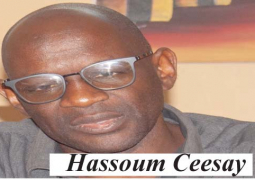 The Gambian Republic is solid and stable  Says Hassoum Ceesay

As The Gambian Republic clocks 50 years Friday, 24 April,2020, Gambian historian and museum curator, Hassoum Ceesay, who is also the director general of the National Centre for Arts and Culture has said in an interview with this medium that the ‘Republic of The Gambia which was declared 50 years ago ‘is solid, sound and stable’.