Giving the preliminary report, Ndegen Jobe, deputy speaker of NYP said: “At a polling station in Banjul South, NPP supporters were seen campaigning at the NPP Political Bureau located opposite the polling station which was upsetting voters but, however, IEC officials later ordered the closure of the bureau” to restore calm.

She added that another incident was reported to them, as an NPP vehicle was seen transporting elderly voters in the Kanifing Administrative area which resulted in tension but was later resolved by the intervention of military personnel.

According to her, the EWC received three reports of disagreements at polling stations due to insistences of party/candidate agents demanding that ballot tokens be counted at the polling station before voting starts. She explained that at a polling station in Brikama, Kombo South, party agents representing GDC, NPP, UDP and an independent candidate demanded the count of the tokens before opening which delayed the opening by one hour.

She further read that at another polling station in Lower Nuimi, Kerewan, party agents demanded a count of the tokens which resulted in delay of the opening for 30 minutes.

In another polling station in the Kanifing Administrative area, she pointed out that a UDP party agent again demanded the count of the ballot tokens before voting began which delayed the start of the voting process.

EWC Observer reports indicated that the set-up and opening processes had been peaceful, orderly, and proceeded smoothly across the country. The Elections Watch Committee recorded no serious critical incidents during the opening and set-up process.

EWC recommended that political party agents should continue monitoring the process through closing and counting and refrain from campaigning on Election Day.

The EWC again recommended that the Security Command should ensure that their officers remain vigilant and continue to protect all voters and officials on election duty throughout the remainder of the process.

The EWC also recommended and encouraged the IEC to update its polling procedures to include the count of ballot tokens in the presence of observers and agents before opening as a way of increasing the transparency of the process.

The Elections Watch Committee includes the Peace Ambassadors – The Gambia (PAG), ACTIVISTA and the National Youth Parliament. The committee is a decision making body on all matters relating to the 2021 Elections Watch Project.

Banjul, The Gambia – The United States is committed to supporting The Gambia’s efforts to combat COVID-19 and keep Gambians throughout the Smiling Coast safe. The U.S. Government is working closely with the government of The Gambia, civil society, and community leaders to combat the pandemic. 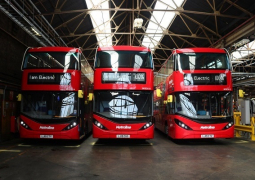 Banjul, The Gambia – The Gambia Government through the Ministries of Trade and Industry and Finance and Economic Affairs held a joint stakeholder meeting yesterday with major importers of essential commodities and seriously discussed issues over the rising prices of essential goods.