Speaking at the commemoration of the 30th anniversary of The Point Newspaper and remembrance of late Deyda Hydra at the medium’s main office on Thursday, he said: “Deyda is defined by freedom and democracy. The two are indispensable. You cannot have democracy without freedom nor can you have freedom without democracy.”

The government spokesperson described the late Mr. Hydara as a man of profound greatness; a man of an imminent character; an intellectual as well as a man who dedicated all his life in the advancement of democracy.

According to him, Mr. Hydara was a professional journalist who was non-partisan, reported balanced stories and respected the ethics of journalism.

The government mouthpiece said The Point Newspaper started from nowhere and ended in attaining its goals.

Speaking further, Mr. Sankareh described Pap Saine, Deyda Hydra, Samuel Sarr of The Forayaa newspaper, Hon. Sallah, Demba A. Jawo, Peter Gomez of West Coast Radio and others as traditional intellectuals. He said these people were and are not induced by money but spent all their lives on improving the lives of mankind.

He said they are unlike organic intellectuals who steal from government coffers and do not care about the development of the public.

“So, Deyda Hydra also personified the traditional intellectual. He used his pen and paper. And he made sure he fought for the country that there is justice under the tyranny rule,” he said.

Pap Saine, co-founder of The Point Newspaper expressed gratitude to Hydara family, workers of The Point, advertisers and all development partners of the company for joining the media house in the commemoration and remembrance of the late Deyda.

He described his late co- founders as good people who were always dedicated to developing humanity, while praying to God to bestow his blessings on them in heaven and continue protecting their families.

Mr. Saine extended special thanks to Trust Bank, Gamcell, Africell, S. Madi and all other partners of The Point for contributing immensely in the development of the company.

Baba Hydara, co-publisher of The Point and son of late Deyda Hydara, expressed gratitude to all and sundry for attending the annual event. He said the company was launched about 30 years ago to consolidate freedom, democracy and justice in the country but later suffered a huge blow when his father was murdered.

This, he said, led them to face serious challenges.

However, he said: “Uncle Pap has done a lot of improvements and positive changes in the company in the past. We cannot thank him enough for leading the struggle.”

He also thanked staff, partners, subscribers, advertisers and friends of The Point for contributing to the development of the company.

Demba A. Jawo, veteran journalist and colleague of late Hydra recalled: “The story of The Point started on 16 December 1991 when a group of three people including the late Babucarr Gaye, late Deyda Hydra and Pap Saine came together and formed the Gambia’s first modern newspaper. Its objective was to inform the people of Senegal and Gambia about the Senegambia Confederation.”

However, he said, following the murder of Deyda Hydra, Pap continues with the struggle in the sustenance of the paper.

Essa Bocarr Sey, executive officer of the Organisation of Islamic Conference The Gambia (OIC), said The Gambia lost a great man in the media fraternity.

Dr. Cherno Omar Barry, who was a columnist alongside with Mr. Sey at The Point, also expressed similar sentiments at the 30th Anniversary.

Muhammed S. Bah, President of The Gambia Press Union, described the commemoration of the 30th Anniversary of The Point and remembrance of the late Deyda Hydra as important to Gambian journalists, particularly the young ones, while thanking the management of The Point for the efforts.

Meanwhile, Sheikh Omar Faye, the minister of Defence, sent a congratulatory message to management and staff of The Point, while thanking them for their contribution in national development. 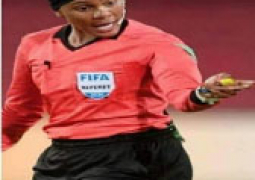 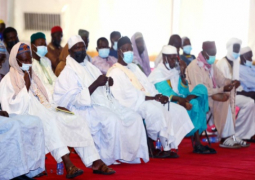