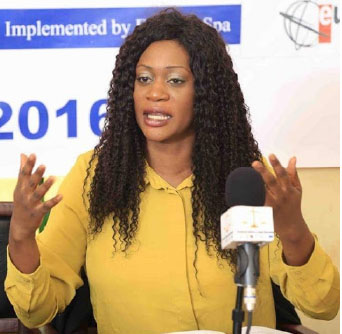 He revealed that earlier he had had dinner with the family. He said that Yakumba Jaiteh and his wife were in the main yard.  He noted that Tijan Maucaley tried to go to his lodge. “While we were chatting, I heard some noise coming from the main gate. Upon listening carefully, I heard Tijan shouting that they were hurting him. I rushed to see what was happening,” he testified.

He further narrated that while he was in front, Yakumba was behind. He added that on arrival at the gate, he found Tijan was accosted to the compound wall by two or three people and he asked what happened. “Nobody answered because they were busy beating Tijan. I did not realise what was happening until I saw Tijan in handcuffs. When we were able to separate them, they said they were officers when Yakumba arrived,” he posited.

He noted that as more people came to the place, there was commotion. He added that his entire family was there including onlookers. He revealed further that more officers came from other junctions. He added that there was pulling and pushing. He said he talked to them to see what they could do about the matter.

He stated that Yakumba identified herself as a National Assembly Member. He noted that the officers were all the time insisted on arresting Tijan. He added that one of the officers produced some spray and sprayed the entire place to the extent that one of his family members fainted and she had to be taken to the hospital.

He stated that all the children of the house were present and that the officers sprayed everyone and the crowd dispersed. “I would have been blind if I had not worn my classes. The officers sprayed twice. It was not true that nobody sprayed,” he averred.

He testified that the other officers went straight to Tijan and treated him badly when they arrived. He posited that they lifted Tijan up and threw him into a pick-up, his head landing first.

He will continue his testimony on the 2nd November, 2021. 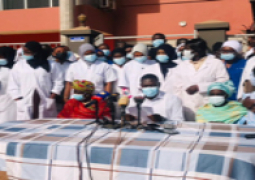 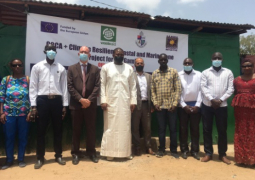 Senegambian migrants and refugees in various parts of Italy are requesting more police protection following the “unprovoked and senseless” murder of a Nigerian vendor who was brutally killed while reportedly selling his goods.