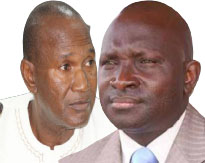 These two individuals have both in some instance, collectively aided and abetted each other for the commission of sexual, gender-based crimes especially on women.

“The Commission heard from several witnesses and received submissions that senior government officials including senior security officials and government ministers subjected women and girls to a range of sexual violence including rape, sexual assault, sexual harassment and sexual exploitation, with impunity.”

“These powerful men took advantage of their positions of authority, the vulnerability of the women and girls and the climate of fear that they themselves created. The female victims included female prison officers, state officials as well as civilians.”

“The Commission heard how some of these women were violated multiple times over extended periods. Some women fell pregnant as a result of the rapes, and were forced to undergo abortions. Some of the women fell prey as they went in search of their disappeared husbands or family members.”

“Binta Jamba wife of Lt. Alamo Manneh who was killed by state agents on accusations of planning a coup d’état, testified that Ousman Sonko had raped her more than 70 times.”

Upon her husband’s death, she testified becoming a “constant prey” to Ousman Sonko.

The Commission received records of victim accounts provided by Trial International stating that Ousman Sonko had raped and sexually abused other women and girls repeatedly.

“Witness F told TRIAL investigators that Ousman Sonko allegedly raped a girl at Lamin and the matter was reported to Kanifing Municipal Council by her father. However, it is alleged that Ousman Sonko bribed him so that the case would be withdrawn.”

“The TRIAL International report also includes a victim account of Lt. Mariama Camara. The Victim account states the that on the August 26 or 27, 2011, Mariama Camara a military personnel, was found shot in her room at Hamza Military Barracks and her husband was found strangled in the same room. He was rushed to the hospital where he later died. According to sources, Mariama Camara was killed by Malick Boye on the orders of Yahya Jammeh because she had told her husband about her affair with Ex-President Jammeh.”

On the same note, enough testimonies have also been made against David Colley, former Director General of the Gambia Prisons Service for sexual harassment and exploitation of female prison officers of the Prison Service.

When the Interior Minister Ousman Sonko was newly appointed, when he was to go for a nation-wide tour, it has been found out that David Colley had organised and chosen female prisons officers to go with the delegation, which involved other security heads such as the then NDLEAG head and David himself.

On certain stoppings, it has been severally testified that David arranged; compelled these female officers to spend the night with people such as the former Interior Minister Sonko and the former NDLEA head.

One of the female officers testified refusing the NDLEAG head sex. “The following morning her boss David Colley was angry with her and for the rest of the trip he “victimised” and punished her by sending her home. She was also not granted the promotion that she was entitled to. During this period, the witness was confronted with “a lot of harassment.”

“Another female officer told the Commission that David Colley physically led her “by the hand to Minister Ousman Sonko’s room and ordered her to “spend the night” with the Minister.

“The Commission was told that one of the female officers who complied with David Colley’s orders and “spent the night” with the high-profile officer that she was assigned was rewarded by being promoted. The others were denied their promotions and other benefits including maternity leave and were posted outside the Central Prison to more difficult duty stations such as Jeshwang Prison and Janjanbureh as a form of punishment. The officers also testified that they were never paid traveling allowances or given good food throughout the trip.”

Gambia just seemed to be a haven of rape, sexual and gender-based violence, as it has been documented by TRRC that UDP, PPP, April 11 and 11 students, demonstration arrestees and victims of the Jammeh-backed-witch-hunt exercise, Kanilai force labour victims and victims of the Presidential Alternative Treatment Programme were all victims of such, and it has also been confirmed that female employees were also raped and sexually harassed by security personnel, NIA, prison, police, the military and the like.

Thus, the commission has recommended “prosecution of Ousman Sonko for his role committing rape of Binta Jamba, 15-year-old girl in Lamin Daranka and Protected Witness F and the harassment of 5 Female Prison Officers of The Gambia Prison Services.”

“David Colley shall be banned from taking up a government appointed position for 5 years for their roles as described above.” 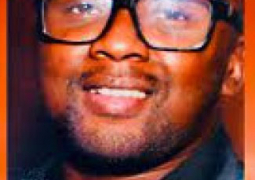 Covid-19: Gambia registers no new case, no person in quarantine

The 197th COVID-19 situation report of The Gambia for 16 November 2020 (published on the 17th November 2020) has indicated the registration of no new positive case with the total since March still at 3, 705.