In his ruling, Justice Jaiteh told the court that the accused is charged on a single count of murder contrary to Section 187 of the Criminal Code. He noted that the particulars of offence alleged is that the accused, sometime in the month of June, 1995, at Kololi, in the West Coast Region of The Gambia, within the jurisdiction of the honourable  court, and with malice aforethought, caused the death of one  Ousman Koro Ceesay by beating him with a pestle-like object and other dangerous weapons.

He stated that the prosecution called nine witnesses and tendered exhibits inclusive of an autopsy report. He added that at the end of the prosecution’s case, the defence opted and made oral arguments on a submission of no- case-to-answer.

The presiding judge went on to say that Defence Counsel Sissoho, in his brief argument, submitted that the prosecution had failed to make a prima facie case against the accused to require him to enter his defence. The defence counsel, he said, argued that the prosecution had failed to prove the ingredient of the offence charged which is the actus reus of murder that there was no evidence that Ousman Koro Ceesay is dead and no weapon, stick or knife was tendered into evidence as an exhibit by the prosecution.

He stated further that the principal state counsel, A.M. Yusuf, in responding to the argument on the no-case submission, argued that Section 166 of the Criminal Procedure Code is applicable only to the subordinate courts. He posited that it was therefore the submission of the state counsel that the provision of Section 166 of the Criminal Procedure Code could not be invoked at the High Court.

In reply on points of law, he posited, the defence counsel argued that Section 208 is a general power of the court and that Section 166 of the Criminal Procedure Code applies both to the High Court and the subordinate courts.

“I have carefully listened to the oral arguments on the issue of no-case submission. However, I agree with the state counsel that Section 166 of the Criminal Procedure Code, which is under Part V, deals with “procedures in trial before the subordinate courts,” he posited.

He said that it was his considered opinion that there was only one issue for determination, which was whether the accused has a case to answer. “In as much as I have looked at the testimony and the argument of the defence in detail in order to ensure fairness, I will only limit my comments, my observations and my findings to the law as it relates to a no-case submission in The Gambia” he told the court.

He noted that he held that the practice of submission of no-case-to answer is known to the High Court in this jurisdiction and is widely used pursuant to Section 208 of the Criminal Procedure Code, and the Practice Note of Lord Chief Justice Parker as applicable in England.

“Nonetheless, in this instance case, I need not deal with the credibility or not of the witnesses adduced by the prosecution or on the weight of their evidence. The question I have to determine is whether the evidence produced by the prosecution has been discredited in cross-examination or whether evidence adduced is manifestly unreliable that it would not be safe to convict,” he declared.

The presiding judge stated that the question he asked was whether the prosecution had produced evidence to support an allegation on the offence charged and to that, he must hasten to answer ‘yes’.

He added that without wishing to go into evidence or facts of the case, he believed the evidence adduced by the prosecution was such that it required some explanation from the accused of what actually happened at his house at Kololi on the fateful day in question.

He noted that he must state clearly that the prosecution had adduced direct and circumstantial evidence before the court linking the accused to the case. “Therefore, a prima facie case has been made out against the accused and the argument on the submission of no-case-to-answer lacks merit and is hereby dismissed. The accused person is now called upon to open his defence,” he said.

At this juncture, Defence Counsel Sissoho informed the court that they needed time to open their defence. The matter was subsequently adjourned to the 16th June, 2020, for Yankuba to open his defence.

Office of The Gambia Government Spokesperson 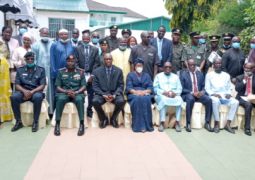 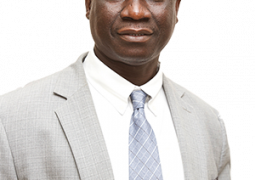