The adjournment came when the court was informed that the accused persons were not served with the notice to appear yesterday since the January 2020 protest leaders are still under police bail.

Their charge followed a previous case where they were charged with the same offences and were discharged by the court following the State's application for a withdrawal. They were rearrested after the case and taken to the Serious Crime Unit at the Police headquarters, Banjul.

The case will now heard Tuesday next week. The charges will be read to them on that day and they will be asked to take their plea.

The party leader of Citizens' Alliance(CA) and political expert, Dr. Ismaila, has condemned the mind-boggling act of violence and brutality meted on an unarmed civilian seen on a viral video, while nominated National Assembly Member (NAM), Ya Kumba Jaiteh, blasts and raps the Gambia police for brutalisation and intimidation of innocent people by the Gambia police. 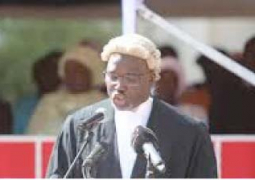 The Emir of Kano State in Nigeria, Alhaji Aminu Ado Bayor, on Wednesday 16 February 2022 landed at the Banjul International Airport for a business visit to The Gambia.