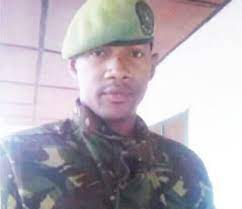 Speaking to The Point exclusively, Corporal Bah said: “Dr. Alkali Conteh, director of Health Services at the Gambia Armed Forces (GAF) has called me and said they are working on my overseas treatment.”

It could be recalled that recently Corporal Bah called on government through the Defence Ministry to facilitate his overseas treatment before losing his leg.

Subsequent to that, Corporal Bah further said Dr. Conteh told him government has already paid $20,000 to the India Hospital and now waiting on the hospital’s confirmation for him to fly over to the Asian country.

The young soldier said he was not convinced government was working on his overseas medical treatment, justifying that government has been promising and failing him severally.

“If I do not see the transaction documents or fly to India, I would not believe it because they have been failing me severally,” he said.

Meanwhile, he renewed his called on government to quickly facilitate his overseas treatment.

Captain Malick Sanyang, spokesperson of The Gambia Armed Forces, said many have been done to ensure Corporal Bah’s overseas treatment is done so that he gets better health.

He noted that upon Corporal Bah’s incident in 2019, a board of medical doctors from GAF Medical Unit examined his status and recommended that he should be taken for overseas medical treatment.

However, he said: “The Health Ministry is responsible for overseas treatment as GAF is just helping in the facilitation.”

Spokesperson Sanyang unveiled that facilitation of Corporal Bah’s overseas treatment is highly at an advanced stage. But said only the Ministry of Health could confirm his departure to the Asian giant country as well as the hospital where he is going to be treated.

Banjul, The Gambia — The Hon. Attorney General and Minister of Justice has taken note of misinformation circulating in media spheres and public discourse regarding the recently announced deferment of the Submission of the TRRC’s Report. 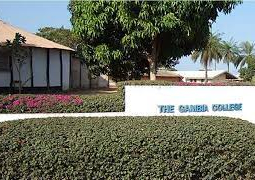 The Gambia College students protest which was scheduled for Monday 5 July 2021 has been postponed, after the school authorities and students’ union reached a consensus.