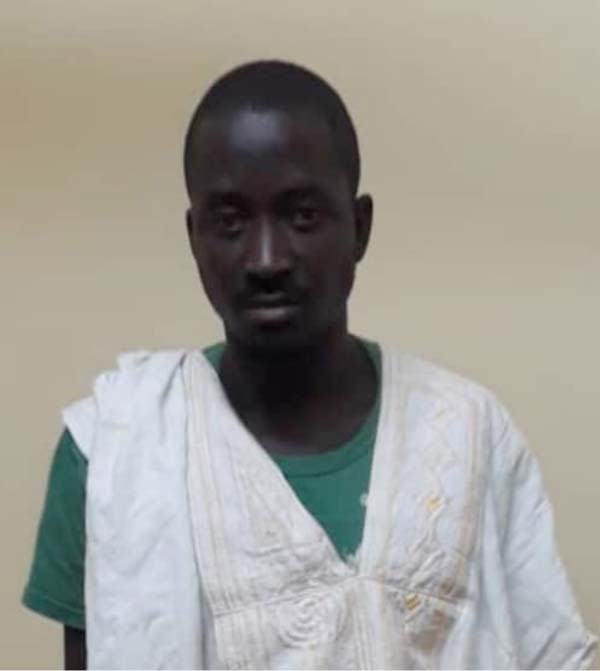 He was alleged to have committed suicide at the Drug Law Enforcement Agency Gambia (DLEAG) cell by hanging himself with a pair of trousers.

Fakebba Darboe, a forensic expert and a witness, testified on 3rd June, 2020, that on the 24th April, 2020, he received a call from a supervisor, who is responsible for operation, about 1a.m., that there was an incident about suicide around BTI that might result in an inquiry.

He stated that he is a trained CSI officer and that he has a team country-wide and if there is an accident of that nature like murder, arson and suicide, he would respond with the team because he is the head of forensic.

He posited that he was able to contact Sergeants Jaiteh and Bojang and they proceeded to the CSI. He said that at the scene, his responsibility was to coordinate and approach the crime scene, and make sure that necessary action is taken.

“As forensic officers, we made sure that the scene was covered, and prevent the onlookers from tampering with the investigation,” he told the inquest. He added that they used light from their vehicle to view the scene, noting that they took photographs from the gate up to where the scene took place.

“The scene was observed to be a cell with a toilet and a mattress on the floor with a bed sheet. There were some bottles containing water and juice. A loaf of bread and sandwich were also observed. The body of the deceased was found hanging in a jean trouser round the neck with another cloth separate from the jean,” Mr. Darboe testified.

The witness went on to say that there was fluid coming from the mouth which indicated that he committed suicide. He posited that they did everything slowly but surely before the deceased was finally lowered down.

Mr. Darboe told the inquest that sometimes people regret the commission of suicide and that they tried to see whether the deceased had left some stool (faeces). He further stated that they were not sure whether the stool got dry but they did not find any stool but there was some wet discharge around the trouser of the deceased.

“We did a thorough search whether the deceased had left a note or message. Nothing was found on him and we finally put him down. We observed that there was pressure used on the shirt as it was torn,” he said.

He revealed that they put him face down and saw some fluid which indicated that there was suicide, adding that they wrapped the deceased with a cloth and took some photographs and the police escorted the corpse.

“The scene was sealed for further investigation into the incident which is still ongoing. We found out later that the deceased was a Guinea Bissau national who was travelling to The Gambia and some cocaine were found on him and was arrested. We were waiting for legal action which was delayed because of the pandemic,” Mr. Darboe testified.

At this juncture, he produced some photographs before the inquest. The coroner then had a look at them. The witness described the photographs for everybody to see. They were then admitted by the coroner.

He further told the inquest that a brief was conducted, and this suggested that suicide had taken place but they could not conclude on the reason. “In suicide, we look for pressure and height. Small pressure can kill. Postmortem will help,” he finally told the inquest.

At the end of his testimony, he was asked to sign his statement, which he did. 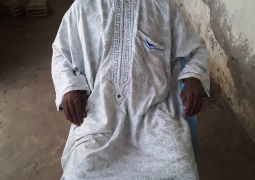 The Ministry of Higher Education, Research, Science and Technology has received the Technical and Vocational Education Training (TVET) Communications Campaign Tool, which it intends to use for the promotion TVET in The Gambia. 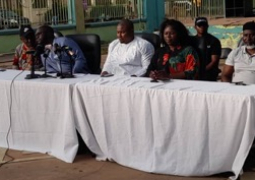 KMC to construct 7 parks worth D21M

The mayor of Kanifing Municipal Council (KMC), Talib Ahmed Bensouda, has disclosed that his council would be constructing seven news parks within the municipality through a project dubbed ‘KM Transformation Programme.’ 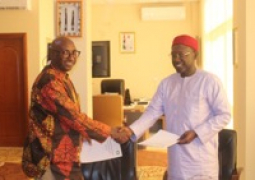 The Gambia Public Utilities Regulatory Authority (PURA) on Tuesday 6th December 2022, signed a Memorandum of Understanding (MoU) with the Food Safety and Quality Authority of The Gambia and the National Water Supply and Sanitation Council of Zambia (NWASCO).