The Gambia Refugees Association (GRA)-Europe Branch, say it is concerned about the resumption of deportation of its members; brothers and sisters in Germany in the midst of the coronavirus pandemic. 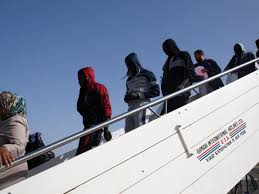 “On 18th November, 2020, a group of Gambians numbering 20 were deported from Germany and details surrounding their deportation have still not emerged,” the Association states in a press release.

“The deportees arrived in the Gambia early morning of November 19 and were received at the Banjul International Airport by security personnel, IOM officials, the German representative in the Gambia, the EU Ambassador to the Gambia, among other officials. Information received indicates that the flight which departed from Frankfurt in Germany had no indication of arrival point on the information boards at the Frankfurt airport.”

“Reliable information gathered from the Gambia Airport officials also indicated that there was no indication of any in-coming flight from Germany on 18th November on the arrival boards. This sounds interesting and we believe the authorities were hiding the deportation move.

Additionally, deportees claimed they were escorted in handcuffs by German police in the flight until they arrived in the Gambia. Our association denounced this form of humiliating and inhumane treatment and calls for an immediate stop to it during the process of deportation.”

According to the Association, the rate at which the German authorities are deporting Gambian migrants is alarming and that they are deeply concerned about the fate and perspective of their brothers and sisters.

“The Gambia Government is mute over the deportation and since then, there are reports of Germany planning to deport at least 20 Gambians every month. Already, Germany has planned to deport over 4000 Gambians whose asylum claims were rejected. In the German region of Baden Württemberg alone, there are over 15000 registered Gambian asylum seekers out of whom, over 4000 are rejected. This is a huge number and we don’t think deporting them will be a good idea.”

The Gambia Refugees Association in September 2020, developed a Position Paper on the fate of rejected Gambian asylum seekers and deportees. “This Position Paper has been submitted to the German and Gambian authorities to look into and decide what is possible, instead of deporting the youths.

Our association has done a lot of efforts and will continue to do so for the interest of Gambian migrants and asylum seekers. We will continue to engage both the governments of Germany and The Gambia to find a peaceful solution to this problem.”

“The Gambia Government on the other hand must understand that there are better options than accepting the deportation of its citizens especially people who are law abiding, well integrated and are working and paying tax in Europe.  We are calling on the Gambia Government to equally take good care of the deportees and to make sure their reintegration process becomes a reality and a top priority.

We therefore urge The Gambia Government to quickly intervene and take positive steps that will re-prioritise or minimise deportation before it is too late.” 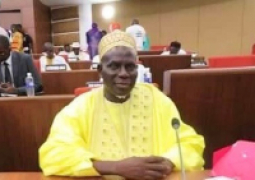 The lawmaker for Kombo South, Hon. Kebba K. Barrow has suggested that certain institutions and individuals be prosecuted for the failure of fulfilling their mandate regarding the deaths of 70 children due to Acute Kidney Injury (AKI).