The Young People Without Borders has called on the governments of The Gambia, Senegal and Guinea Bissau to dialogue with members of the Movement of Democratic Forces of Casamance (MFDC), with a view to bringing a lasting solution to the Cassamace conflict. 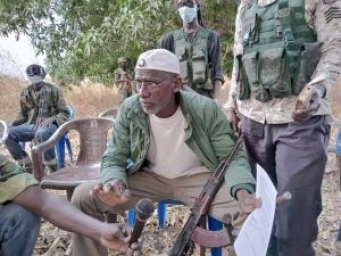 Participants at the end of the day released a position paper that is expected to be submitted to the three governments.

Addressing the convergence at the SiffoeTraining Centre on Sunday, Kalipha Kanteh, chairperson of Young People Without Borders, said the recent ongoing conflict between the Senegalese forces and members of the MFDC directly and indirectly affects The Gambia, Senegal and Guinea Bissau. He added that it is fundamentally important that the three governments open a dialogue with the members of the MFDC in bringing lasting solution to the Cassamace conflict, saying: “Peace is an eminent commodity that we all need, hence we all need to jealously safeguard it.”

“Our work has always been dialogue with a view to engaging the CSOs to engage the government of the three countries in order to educate and sensitise the people about maintaining the peace and stability that we have. Any small chance for it to go will result in severe consequences on the people of these three countries,” he posited.

Alimou Diallo, a representative of (COSCPAC) said: “Our association for the past years has been working towards maintaining peace in Cassamace but also in Gambia and Guinea Bissau, given the fact that we are neighbouring countries. If there is no peace in Casamance, there is high tendency that either Gambia or Guinea Bissau will also be affected.” 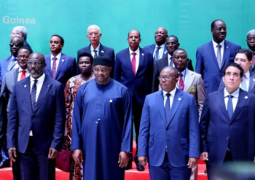